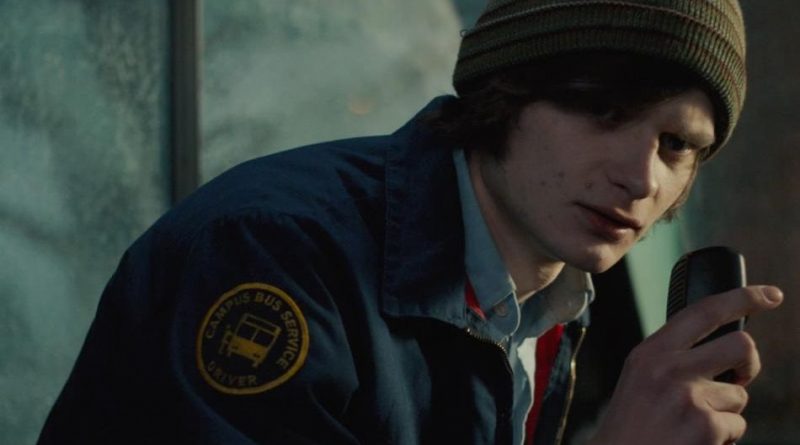 College years mean different things for different people. Some students feel it’s time to assert their independence that may have been hindered at home. Some hit the books hard in preparation for their chosen career path and others simply party 24-7 resulting in a constant purple haze. Some students never graduate and find themselves wondering what lies in store for the rest of their young lives. What am I doing? What does my future look like? Where will I end up?

Michael, a campus bus driver assigned to the ‘loop’ at Kent Institute of Technology in Ohio, finds himself navigating the unpredictable late-night shift shit show affectionately known as the “drunk bus.” After an unsavory incident goes down aboard his bus, the punk rocker is paired with a Samoan security guard named Pineapple, who unexpectedly has Michael questioning and changing his outlook on life, career and relationships. Together, they learn what uncertainty and a path of poor decisions ultimately lead to and how you can turn it around on sheer will and determination.

What filmmakers John Carlucci and Brandon LaGanke and screenwriter Chris Molinaro succeed at is giving audiences a front row seat into the unlikely friendship between outcasts with grounded, entertaining performances from Charlie Tahan (Michael) and Pineapple Tangaroa (Pineapple). Pineapple steals the film to the point you wish you could see more of him and know more about his life beyond riding on the bus. It is brilliance and pure comedy when he literally quotes Dwayne ‘The Rock’ Johnson. The irony of it all is comedy at its best.

If you’ve ever ridden on a bus or train, you will have noticed the same people on your route. Oft times you will wonder what their life is like before boarding and after stepping off the bus at the end of their route. In Drunk Bus, FU Bob (Martin Pfefferkorn) was of those rich characters. A man who made you wonder why his vocabulary was limited to two words while providing the story of Drunk Bus with the impetus for an ending you kind of see coming, but don’t mind its predictability.

Just goes to show, what Drunk Bus does extremely well is prove that one never really knows what lies ahead in life and it only takes one turn to steer it in a different direction that can shift your whole mindset and existence through this thing we call life.