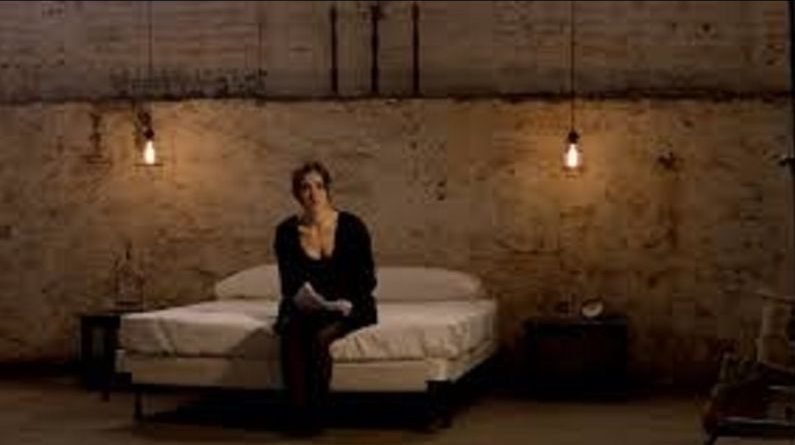 Lux (Tarek Bishara) is a piece of work, using auditions to identify young actresses he can sexually exploit, luring them to private screen tests with promises of management contracts and looming fame.

In Deborah Kampmeier’s searing drama, he is also a villain tailor made for the #MeToo moment. An encounter with him has completely transformed Rosa (Annarosa Mudd), leaving her with psychological damage and a thirst for revenge.

Pearl (Isabelle Fuhrman) is Lux’s latest target, a naïve young woman unaware that even as he insists that she is the one with the power, in fact, he is robbing her of her agency.

Rosa is an unsettling heroine with her tendency toward self-harm and the cameras she hides and straps to her body to surveil all she sees.

Much of the film is shot through those cameras, all the better to underline the monstrousness of Lux’s behavior while lending the world a soft-focus off-kilter tilt. Lux is no obvious ogre like a Harvey Weinstein, but Bishara nails the sleaze and passive-aggressiveness beneath the surface charm.

Fuhrman, an actor since childhood (she starred in Kampmeier’s 2007 Hounddog when she only 10), embodies an ingenue burning with inchoate ambition that, combined with her lack of sophistication, makes her an easy mark for a predator.

But it is Mudd that sets Tape‘s eerie tone with a fearless performance that makes abundantly clear the damage inflicted on young women made to feel that there is a price to paid for careers and it is to be extracted through their bodies.

Tape is a disturbing film precisely because it nails the culture of rape and sexual harassment that has been pervasive in so many industries for far too long.