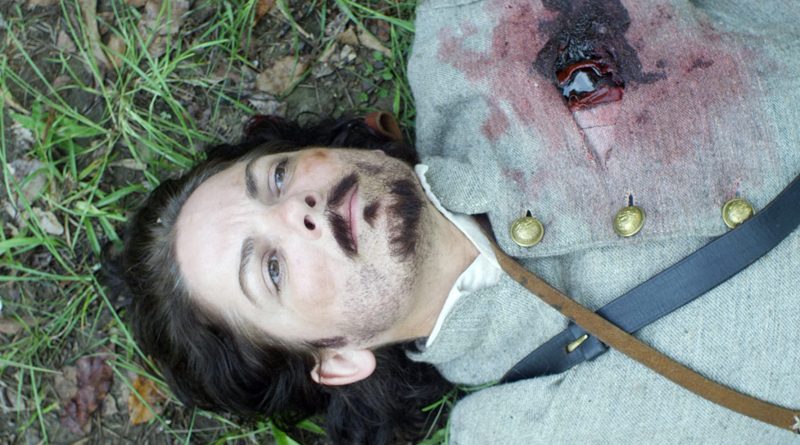 It’s an ambitious undertaking to make a Civil War period film with a large cast on a minuscule budget so kudos to Union for even attempting that daunting task. Shot in Birmingham, Alabama, the film opens with an elaborate battle sequence (it appears to be an actual Civil War reenactment).

Whitney Hamilton, who wrote and directed the film, also stars as Grace, a woman who has disguised herself as her dead brother, Henry Kieler, to fight for the Confederacy. When Henry is wounded in battle and his secret is discovered by a doctor, he is sent to prison and sentenced to be hanged. The brutality isn’t sugarcoated; we later see another woman hanged for the same transgression.

Henry/Grace escapes and returns to a war widow, Virginia Klaising (Virginia Newcomb, excellent) who is struggling to keep her home. Through flashbacks, we realize the couple already know each other but the details of their meeting and connection are not very clear. Henry marries Virginia to rescue her from an impending arranged marriage. It’s a tender partnership, as the resilient and warm Virginia is well aware of the truth of her relationship. Grace/Henry continues to be haunted by memories of the war and events that took place during that time.

There is a lot that happens in Union — maybe too much. Hamilton, who also edited the film, is very close to the material which likely compromised her judgement. Hamilton first conceived this story as a stage play back in 1998 (she played Henry in the New York City production). She later revisited it in her novel Firefly which she adapted for the screen as My Brother’s War (2005). Union began as a 2011 short film. Maybe one needs to have seen My Brother’s War to be able to follow events and characters in Union. The film has its moments but the canvas is too sprawling to give them the chance to effectively emerge.