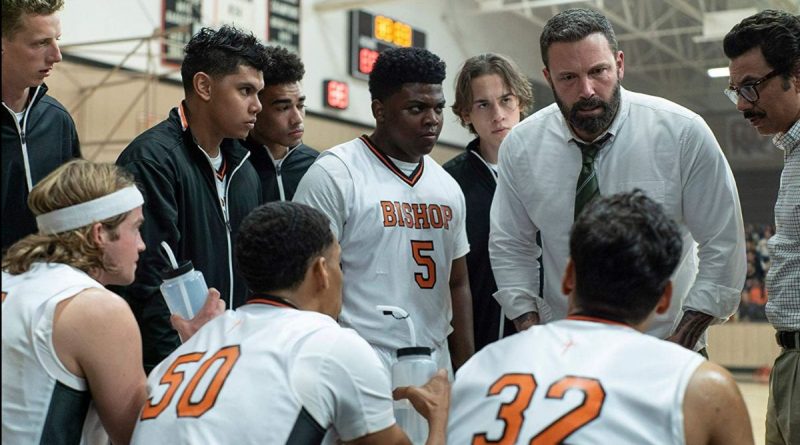 At Bishop Hayes High School in San Pedro, California, Jack Cunningham was a basketball star with a full college scholarship. But, then, suddenly, for no discernable reason, he walked away from the game, forfeiting his future.

Now in his mid-40s, Jack (Ben Affleck) is drowning in the alcoholism that cost him his marriage to Angela (Janina Gavbankar) and all hope of a better life.

During the day, working in construction, he hides cheap vodka in a metal canister; he spends evenings doing shots at Harold’s Place and drinking more cans of beer at home.

When headmaster Father Devine (John Aylward) asks him to coach the basketball team at his parochial alma mater, he reluctantly accepts, surprising no one more than himself.

As the teenage boys come together as a team, known as the Tigers, Jack sees a potential captain in Brandon (Brandon Wilson), the son of a once-promising player (T.K. Carter). And he finds a new friend in the assistant coach (Al Madrigal), who helps him shape these undisciplined underdogs into a competitive force.

But has Jack has found a reason to confront the demons that continue to plague him? And will he succeed?

Working from a cliché-filled script (originally titled The Has Been) by Ben Ingelsby (“
Out of the Furnace), director Gavin O’Connor (Warrior) wisely cast Ben Affleck, who has been open about drawing on his own boozing experiences and the dissolution of his marriage to actress Jennifer Garner, all of which has been extensively chronicled in the tabloids.

On the Granger Movie Gauge of 1 to 10, The Way Back is a somber, simplistic 6, a redemption saga.

NOTE: Because movie theaters are closed for the duration of the pandemic, Warner Bros. is immediately releasing this gritty, cautionary addiction drama on Prime Video, Apple TV, Google Play and Direct TV to meet increased demand for in-home entertainment options.