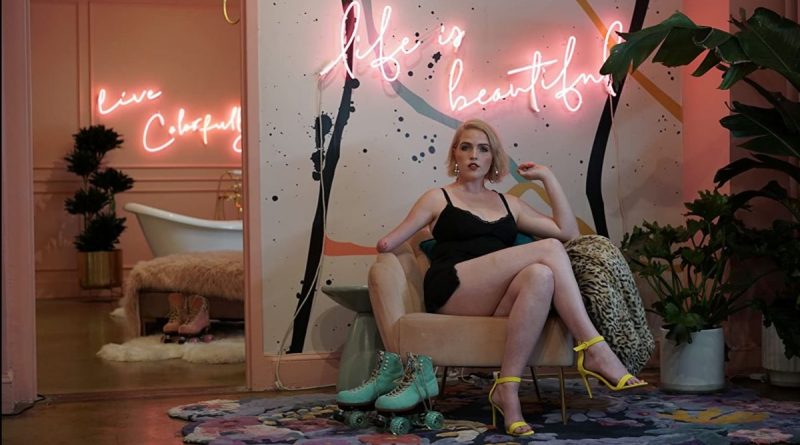 Typically when the term “inclusion” crops up in the world of filmmaking, it refers to women or individuals of color but more and more we’ve started to see the term take on additional meaning as “inclusion” begins to encompass many other human characteristics including disabilities.

Enter writer/director Ashley Eakin. Eakin suffers from a rare bone disease known as Olliers and Maffucci Syndrome. While she’s adapted and manages just fine on her own, the looks and comments she receives from strangers don’t often come across as they may have been intended. Enter Single.

Eakin’s third short film tackles preconceptions about people with disabilities in the best way possible: with a laugh. The short stars Delaney Feener (a rising star on stage and television) as Kim and Jordan Wiseley (a reality-TV star who is also making inroads into scripted projects) as Jake.

The two are set-up on a blind date by a mutual friend but almost immediately after meeting, Kim is turned off. She and Jake are both physically disabled and it seems the only reason this mutual friend set them up is because of that reason. Talk about presumptuous.

Eakin does an outstanding job with Single which is a wonderfully charming comedy with some big things to say about dating, relationships, presumptions and perhaps most importantly, our attitudes towards people with disabilities. Eakin’s sense of comedic timing is impeccable and the sight gags she uses are wonderfully effective. It certainly helps that Eakin’s whip smart script is brought to life by Feener and Wiseley, two huge talents who are instantly likable, charming and charismatic.

I love Single. It’s smart, funny and short! While I appreciate a condensed package, I do hope that Eakin is soon given the opportunity to direct a feature and when she does, that she takes both Feener and Wiseley with her; I’d love to see how the relationship between these two develops.