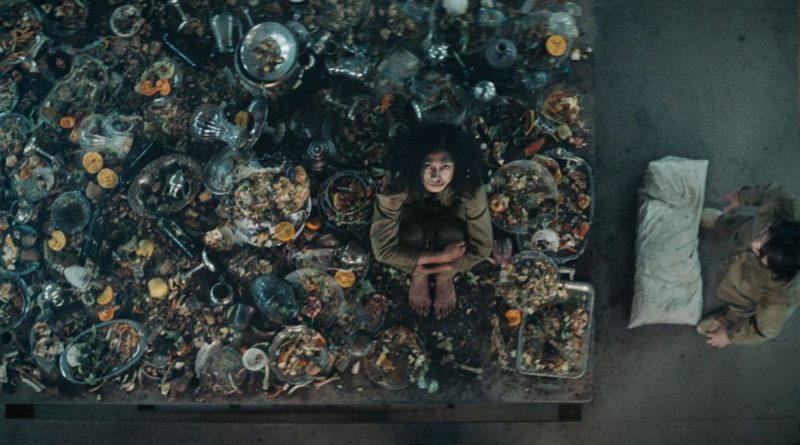 For those fortunate enough to see the world premiere of Galder Gaztelu-Urrutia’s extraordinary dystopian scifi feature The Platform at TIFF last September, the film was an electrifying gift. Winning the Midnight Madness Award was a no-brainer, as was its continuing success at other film festivals. When Netflix snapped it up, I can’t imagine anyone was surprised.

But of course, that was then, and this is now. The objectivity film criticism ostensibly so often strives for is well and truly out the window at this point in time when the Coronavirus and its seemingly inevitable horrors are escalating daily.

While even admirers of The Platform upon those early screenings might have somewhat glibly summarized the film as a “vertical Snowpiercer”, what we see now as March 2020 draws to a close and The Platform is about to become readily accessible to self-isolated and quarantined audiences is something altogether weightier.

Watching The Platform in light of the Covid-19 pandemic, it is hard to conceive the film as anything less than a desperately needed and profoundly urgent humanitarian manifesto.

The premise is eloquent in its simplicity. Each level of the unseen tower block where the film’s action is set functions as a cell that holds two captives who are randomly placed together. There is a large square hole in the center of the room, through which once a day the platform of the film’s title descends – laden with a gourmet banquet painstakingly prepared by a large stable of chefs we see in the opening moments – from which those in the prison have a short set period of time upon which to feast. The kicker here is obvious: those at the top get the better food, and as much as they can stomach. As the platform descends, the chances of having anything (let alone enough) are rapidly reduced.

Iván Massagué stars as our protagonist Goreng, who has voluntarily entered the facility with his copy of Don Quixote and a mission to quit smoking. He rapidly learns life in the facility is not what he expected, his experience fluctuating depending on what level he finds himself on as the inmates are routinely shuffled from floor to floor, from cellmate to cellmate. While the selfishness and greed of those above is always relative to the desperation of those below them, Goreng’s intensive encounters with a number of roommates who are positioned across the political spectrum in terms to their attitudes to their position leads him to take radical action.