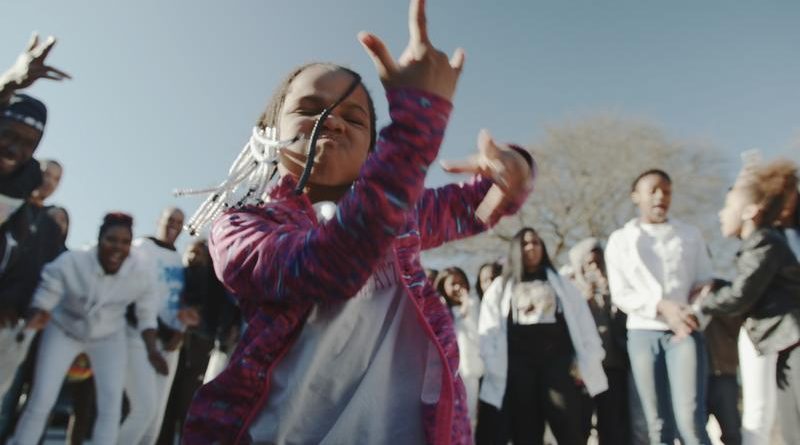 Baltimore is a city with a fierce reputation. It is most famous, perhaps, as the location of David Simon’s critically-acclaimed, semi-autobiographical series The Wire which followed embattled local cops as they fought to control the drugs pandemic which has consumed most of the city’s poorest neighbourhoods. While there are conclaves of affluence, much of the city has been shaped by socioeconomic disparity, corruption, poverty and narcotics; particularly those African-American neighbourhoods where lack of opportunity has allowed the drugs trade to really take hold.

Yet, there is so much more to Baltimore; not least a thriving arts and culture scene which rivals those in more well-known cities like Los Angeles or New York. That’s something which rapper, DJ and now debut filmmaker TT The Artist makes crystal clear in her spirited documentary Dark City Beneath The Beat, which was set to premiere — likely to a thunderous reception — at this year’s shuttered SXSW festival. Despite this disappointing setback, it’s a film which demands, deserves and should find audience attention, both for its subject and its form.

This is not a traditional narrative documentary — although there are some on-screen interviews with local musicians and artists including Terry Weddington, founder of TSU Dance Crew; Uneek, CEO of Bmore Than Dance; and DJ producers like Mighty Mark and Jonny Blaze — but an aural collage of dance, rap, poetry and the collective, home-grown sound known as ‘Baltimore club music’. Here, Baltimore itself is the stage; rappers and poets perform on street corners, dancers hotfoot their way across bridges and through buildings, clubs host sweaty dance-off competitions, where crowds gather to watch those with the best moves crowned King or Queen. And in one poignant sequence, a tulle-clad dancer performs a beautiful mixture of ballet and club moves in the graveyard where Tamika Ray (aka FatGirl), a pioneer of Baltimore dance, lays buried.

While it’s energising to see such positivity playing out against the skyline of this troubled city — fueled by those bombastic individual performances, a thumping local score and some fast-paced cinematography by Kirby Griffin — the film is also making a serious point. “We dance in the streets because we don’t have anywhere else to go now,” says one young man, referencing the fact that lack of funding is having a desperate impact on the arts clubs and venues that are a lifeline for so many in Baltimore’s black community. “It’s religion, it’s medicine,” says another.

To further underline the fact that the Baltimore club scene is as much about social mobility and equality as creative expression, the film focuses on local LGBTQ artists who have finally found a place of acceptance. It also lingers on the youngsters who come to dance, and who harbour great creative ambitions far beyond the corner stoops of the neighbourhood, where so many end up. Whether they will — or can — be supported in their dreams is an unanswered question.

This is a struggle shared by TT The Artist herself, a Baltimore resident who fought to make her film for several years including running a Kickstarter campaign and moving to LA to find the support she needed. (It was there she met actress/producer Issa Rae, who supported the project through her ColorCreative organisation which champions underrepresented writers and directors.) This is a passion project, sure, but, while TT The Artist features in the documentary herself as a crucial advocate of Baltimore’s club scene — and, as a performer, she has an electric command of the stage and her audience — she uses her film to give many of Baltimore’s passionate artists a platform not just to tell their story, but to showcase their talent.

As such, Dark City Beneath The Beat proves to be a vibrant tapestry of Baltimore; a reminder that the city that should no longer be defined only by its darkest elements. It’s also a celebration of those inhabitants who are fighting back against stereotypes and, in doing so, creating a powerful cultural identity that is being felt far beyond the city limits.