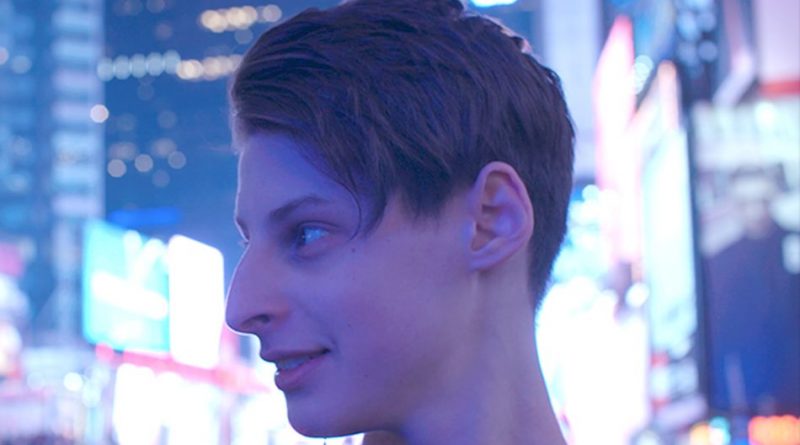 Back in a seemingly simpler time, bright-eyed teens would vow to change the world through a simple goal: “Hey, kids, let’s put on a show!”

These days, bright-eyed teens vow to change the world by creating digital apps.

That’s Ben Pasternak, a high-school dropout who’s the focus of The Boy Who Sold the World, a documentary slated to make its world premiere at the (sadly canceled) 2020 SXSW Film Festival.

It’s the second documentary about Pasternak from director Adam Barton, whose 2016 series CEO@16 (which I haven’t seen) has the tagline: “1) Find a girlfriend. 2) Raise a million dollars. 3) Take over the tech world.”

As The Boy Who Sold the World opens, news coverage introduces the 16-year-old Australian whiz kid flogging Flogg, an app that, in his words, “makes selling cool.”

The documentary then flashes back eight months, as his mother Anna installs him in a New York City apartment and bids him farewell.

As Ben’s father Mark observes, “We could just say no, it’s not happening, but there would be long-term consequences.”

Ben does have some more mature advisers — veterans of digital development who include an “HOBO,” which stands for “Head of Being Old.”

But problems arise when Ben’s fellow teens who are coding the app can’t meet their deadlines — because they’re preoccupied with final exams.

When Flogg doesn’t quite hit the way Ben hopes it will, he comes up with another idea: Monkey, a teen-oriented chat app he promises will be “Number One on the App Store.” (If Apple ever accepts it, that is.)

Ben recruits a few fellow teens to help develop Monkey — and hits up some venture capitalists who are “begging to give me money, he boasts. “It’s a huge ego feed.”

And so it goes, as The Boy Who Sold the World details the whirl of activity surrounding Ben’s relentless quest for success.

Barton’s approach blends heaping helpings of talking-heads footage with glimpses of Ben in action — from hanging out at his apartment headquarters to rehearsing interview topics with media advisers.

The documentary’s all-access pass to Ben’s life sometimes raises more questions than it answers — especially when it comes to the emotional toll Ben must be paying along the way.

Not that the boy busy selling the world seems remotely concerned about that.