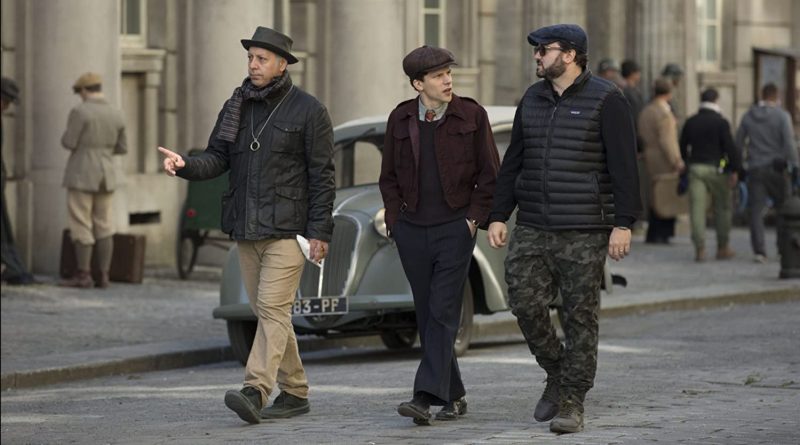 This is a true story of Holocaust heroism, inspired by the exploits of French mime Marcel Marceau, when a group of Girl Scouts and Boy Scouts saved the lives of around 10,000 orphans whose parents were killed by the Nazis during W.W. II.

Before he became famous, Marcel Marceau worked with the French Jewish Resistance. Back in 1938, Marcel Mangel (Jesse Eisenberg) labored in his father’s Strasbourg butcher shop and had a crush on a girl named Emma (Clemence Poesy).

Temporarily sheltered in an improvised orphanage, the traumatized youngsters are enchanted by Marcel’s improvisational clowning and pantomimes as he tries to amuse them, even though Marcel describes himself as “not good with children.”

Then when northern France is occupied by the German army, they flee to Limoges in Vichy, placing the children with sympathetic families and Christian churches there – until they can make their way through the Alps to seek sanctuary in Switzerland.

German brutality is epitomized by sadistic SS Officer Klaus Barbie (Matthias Schweighofer), known as the Butcher of Lyon, who headed the French Gestapo, headquartered at the Hotel Terminus.

Eventually, Marcel Marceau is celebrated by General George S. Patton (Ed Harris) and he was awarded the Wallenberg Medal in 2001.

Although Jesse Eisenberg’s mother was a professional clown, his French accent is shaky. Bella Ramsey (Game of Thrones) is most memorable as the orphan who opens the film.

On the Granger Movie Gauge of 1 to 10, Resistance is a courageous 6, emphasizing the importance of entertainment in trying times. It’s available on Amazon, Google Play, Apple TV and other streaming platforms.