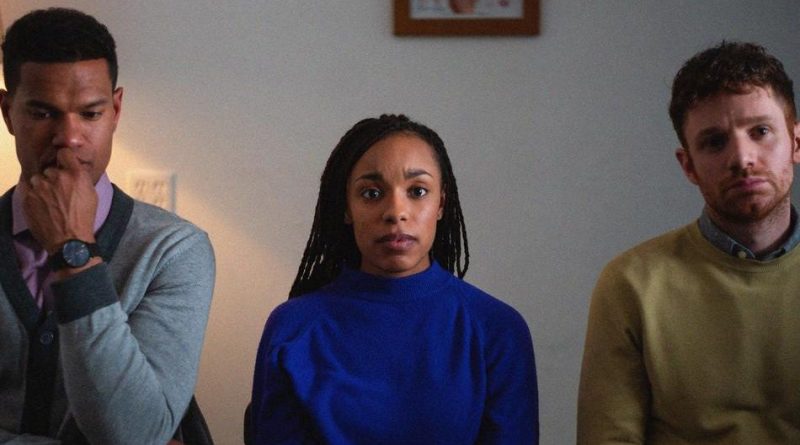 It’s rare to find a movie that manages to find a fresh new angle to approach a subject we’ve seen so many times before. That’s what The Surrogate does – and it’s one of the many reasons it’s such a treasure.

The surrogate in the spotlight here is Jess (Jasmine Batchelor), a web designer for a non-profit in Brooklyn, who is delighted to be having a baby for her best friend, Josh (Chris Perfetti) and his husband, Aaron (Sullivan Jones).

Everything is lovey dovey happy happy until genetic testing reveals that the baby will be born with Down syndrome.

Jess, with her relentless energy and positivity, refuses to let this change anything. She does the research and takes Josh to a center where he can meet children with Down syndrome. He is overwhelmed but she falls for an adorable little boy named Leon and befriends his mom, Bridget (Brooke Bloom), who is honest, direct and totally exhausted.

I’m not going to tell you anymore because what makes this movie so powerful is its ability to bring the audience along through the massive gray area – really, it’s all gray area – of the characters’ agonizing decision-making process.

You may think you feel one way but then you’ll consider what someone else said and re-think your position. It’s impossible not to internalize the emotional roller coaster the characters are going through because they’re so real, thanks to powerhouse performances by all.

These are people you want to be friends with. They’re smart and compassionate, and they don’t take any of this lightly. They talk about everything from race and privilege to eugenics and disabilities. After watching this movie, you will, too.

Writer-director Jeremy Hersh has created a small gem that puts us in the shoes of people forced to make difficult moral decisions. And that makes us not just more involved viewers but better human beings.