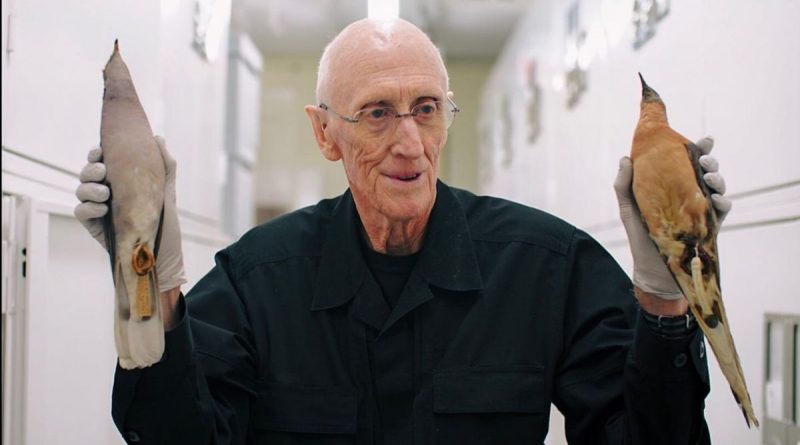 Imagine if we could bring back animals that were extinct.

Sure, that idea has already been done – epically – by Steven Spielberg in Jurassic Park.

But imagine if someone in real life was trying to bring back animals that were extinct.

And that’s the idea that’s explored – epically – by directors David Alvarado and Jason Sussberg in their fascinating new film, We Are As Gods.

Stewart Brand, the subject of this timely documentary, has been an environmentalist and leader of the counterculture since the 1960s. He’s been involved in so many major movements, he’s been compared to everyone from P.T. Barnum to Kilroy to Forrest Gump.

Brand is convinced that we can bring back extinct species through biotechnology, and, using DNA, he is working with conservationists on the de-extinction of the woolly mammoth to help stabilize the earth and reverse climate change. In fact, he and the filmmakers take us to Siberia to visit Pleistocene Park where Sergey Zimov and his son, Nikita, are trying to re-create the ecosystem and save the planet. And, yes, make a home for future woolly mammoths.

In a kind of horror movie of its own, we see firsthand that the Arctic permafrost which is vital to our survival is no longer perma and, in some places, not even frost. This is why Brand, at the age of 80, has made de-extinction his mission.

Is he brilliant or crazy?

Back in the ‘60s, Brand met up with Ken Kesey, joining his group of Merry Pranksters and taking a lot of drugs. On an LSD trip on a rooftop in San Francisco, he became obsessed with the idea of getting a photo of Earth in its entirety, which finally happened and which became the symbol of his iconic Whole Earth Catalog, a publication which Steve Jobs called his “bible.”

On the title page of the Whole Earth Catalog, Brand wrote, “We are as gods and might as well get good at it.”

This god-like attitude, though, has never sat well with traditional conservationists who disagree with Brand’s pro-GMO stance and his belief in “assisted evolution,” that we know more than nature.

And that’s what makes this documentary so thought-provoking. Bringing to life the defining question in Jurassic Park – even if we can bring back extinct animals, should we? – the movie features a great debate between experts (including Brand) on both sides, where all the pros and cons are spelled out clearly, leaving you to have your own intense conversations long after the movie is over.