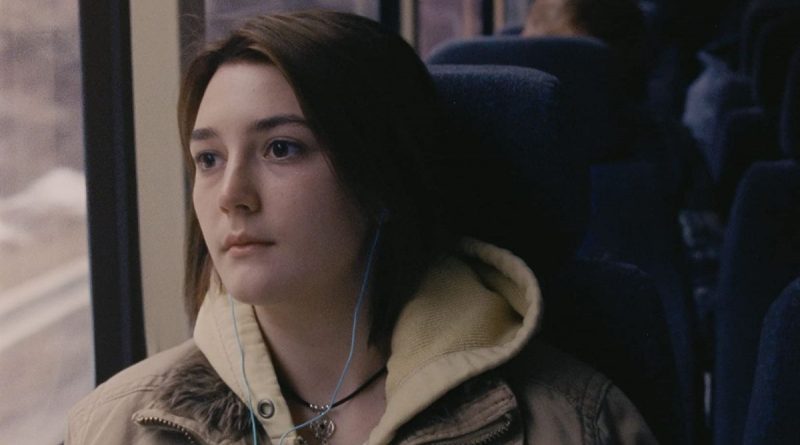 Broadening a lens on the dilemma of a teen’s unintended pregnancy, Never, Rarely, Sometimes, Always,” garners a quiet tone and limited dialogue—although it gifts an ear-splitting voice to teens’ choices. In particular, what ought a pregnant 17-year old do living in a household in which she can’t ask for support? One who also desires to keep the pregnancy a secret, and can’t get an abortion in her own state, without parental consent? Here, writer-director Eliza Hittman’s lead, Autumn (Sidney Flanigan), an introvert turns to her savvy cousin Skylar (Talia Ryder). Seeing no solution other than to cross state lines from rural Pennsylvania into the heart of New York City, they embark on a dangerous mission with little cash.

As the cousins, Autumn and Skyler board a bus to New York City, Hittman continues her featherlight approach, some may find the lingering closeup shots too slow, although they continue to reinforce the gentle tone. The dreamy cinematography fills the screen with contemplation and pondering—after all, the decision at stake has tremendous prolonged results. Will Autumn regret her choice or the health issues that may occur as a result of the abortion? Will she regret the myriad of reactions from her family?

One can also imagine sending two rural teens into New York City without guidance or use of a credit card. The filmmakers give us a sense of danger, painting a realistic portrait of the vastness of New York City’s bus terminal, they similarly show us the gritty side of our county’s largest city. By working together, their bond strengthens with each resolution, providing a testament to their love and loyalty.

Glaringly, the introduction of ‘who the father might be’ is not explored—with good storytelling sense—as this story is not about the father— it’s about a relationship of abuse and coercion. Of which, is revealed during Autumn’s responses during her New York clinic ‘relationships and sexual’ oral history questionnaire. We watch as the camera closes in on an extremely uncomfortable Autumn struggling to reply with one answer—never, rarely, sometimes, always. Yes, those are her only choices, and hence the title of the film now yields meaning. The tears and anguish speak for themselves; — the moment is—of such depth, it breaks our hearts. And, at that moment, it becomes crystal clear why Autumn has made her choice.

Hittman’s script isn’t preachy or in your face regarding the abortion issue; she gives us a wake-up call regarding teen girls’ in this country and how they are required to navigate our nation’s system. The powerful, enlightening Never, Rarely, Sometimes, Always, should be seen by all teens and adults as a lesson in what happens to teen girls without a safety net.