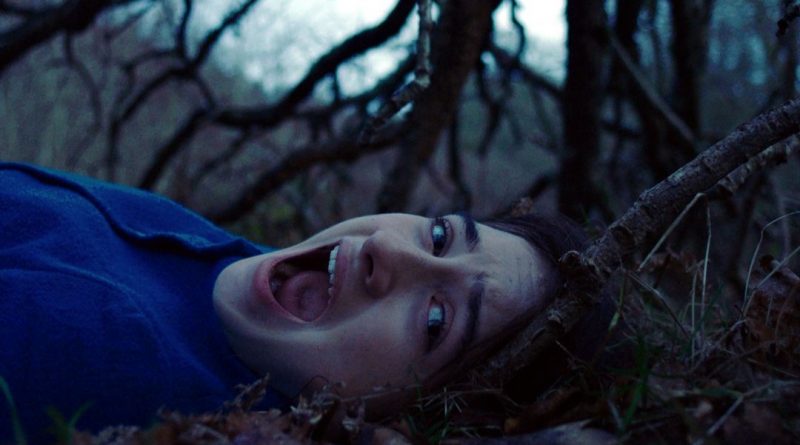 The Other Lamb, the English-language debut of Polish director Malgorzata Szumowska feels like the fevered dream of a menstruating teen handmaid, if she were, say, “Of Donald.” It provokes the sort of disgust and repulsion we are experiencing on a daily basis when we watch the daily “press briefings”, and that’s not necessarily a bad thing.

Some films unexpectedly land at a perfect time, and The Other Lamb is certainly one of them. The narcissist-based misogyny, the gaslighting, the keeping-women-in-their-place of it all, as expressed through cult-leader The Shepherd (Michael Huisman, looking like Jesus, speaking like one of those Promise Keepers, or Vice President Pence) feels eerily familiar at a time when men in positions of power are denying women the right to abortions, or bodily autonomy under the guise of it not being “medically necessary.”

The film’s all-women cult is tightly controlled by a man who expects his word to be followed regardless of truth, justice, or personal safety. The director’s slow reveal of reality through the eyes of one young follower is meant to evoke strong feelings from the viewer, but what feelings? ‘Get mad, ye women!,’ it seems clear Szumowska is saying. Stand up for yourself, or become another lamb headed to slaughter.

Teen follower Selah (Raffey Cassidy) has been part of Shepherd’s flock since she was born, and wears the floor-length, body-clinging blue shift to prove it. She is his daughter, and follows orders. So, too, do his many wives, who wear red, submitting to his demand that they “receive his grace,” a nauseating euphemism he uses for what is essentially ritual rape. He’s grooming Selah for the jump from daughter to wife, as he’s done before. The younger the better in his eyes, and as soon as they bleed, (which is treated like a sin by the other women in the cult) she’ll be fair game. Selah senses what’s coming, and begins having powerful daydreams about maggoty birds, bloody stillborn lambs, and her own semi-romanticized, watery death. She sees herself plummeting to the depths in a diaphanous, white shift. Rebirth, baptism, and spiritual ecstasy: It’s religious iconography turned in on itself.

The visual storytelling is lovely, although appropriately disturbing. It’s certainly not for everyone right now, but certainly might be the right film when feeling anger that has gotten stuck somewhere near the back of the throat, like a silent scream.

In The Other Lamb, we are brought into a world that exists in between time, and that is, to some degree, where we all hover, as we struggle through this pandemic. How Selah alters her own trajectory, and the inevitable turn of events for others around her, should inspire viewers to consider their own place in their own current reality, and how they may want to shape it. There is a potential Shepherd in all our lives. How we choose to deal with it is up to us.