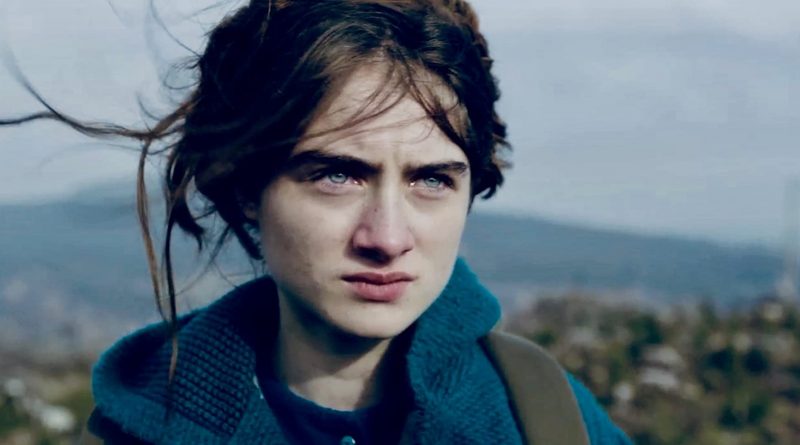 Director Malgorzata Szumowska’s The Other Lamb is a visually striking, quietly poetic but very bleak tale about an all-female cult living in a remote, dense forest. The women tend to real sheep as well as to their Charles Manson-like leader (Michiel Huisman) who seems a bit young to have fathered girls who appear older than tweens) who is known only as “The Shepherd.”
C.S. McMullen’s grim story is a chilling portrait of abuse and submission though we’re not given much backstory about who the Shepherd’s “wives and daughters” are beyond his claim that they are “broken” or why and how they ended up here, other than the daughters obviously born into the cult.

The story unfolds with horror and elegance. Michal Englert’s cinematography blends naturalistic and surrealistic imagery. Jenny Nolan’s austere costumes of dark blue for daughters and blood red for wives, coupled with their uniformly braided hair, is a formal yet homespun evocation of polygamous cults and rigid religious hierarchy. All this gives The Other Lamb the atmosphere of a grim but majestic horror fable or allegory — The Handmaid’s Tale meets Helter Skelter — but it’s never really clear what, exactly, it is. The central character is teenager Selah (Raffey Cassidy), a favorite of the Shepherd, who is beginning to grow uneasy about the only life she’s known and curious about her late mother. Selah is warned by one of the outcast wives that when she starts to menstruate (though Selah seems older than her early teens) she’ll be banished to the cabin deeper in the woods designated for “unclean” women. Selah starts to have creepy visions of dead animals, nightmares and doubts which clash with her fierce loyalty and ingrained desire to please the Shepherd. The women are pitted against one another in this chilling, often rapturous but somewhat unfocused depiction of how extreme patriarchal control leads to madness.