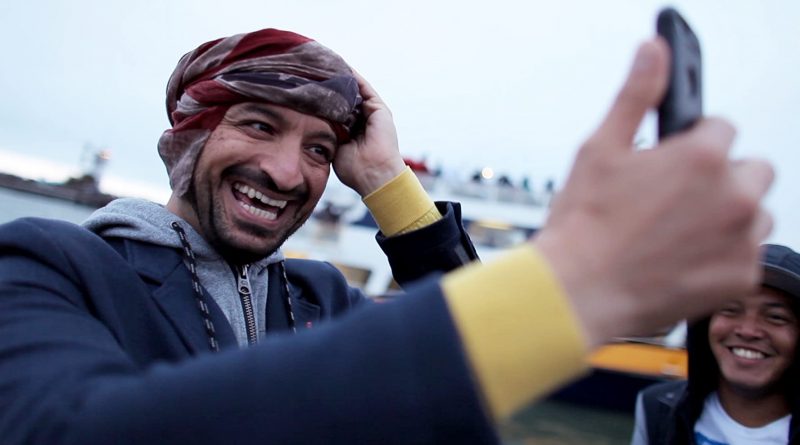 Documentary director Erin Palmquist’s From Baghdad to the Bay takes the viewer on a roller coaster ride, following Ghazwan Alsharif from Baghdad to San Francisco, as the title accurately announces. With apologies to Charles Dickens, this modern-day tale of two cities does encompass the best of times and the worst of times for Alsharif.

Beginning in 2003 with Operation Iraqi Freedom, Alsharif worked as a translator for the U.S. Army, doing an exceptionally good job as Captain Tom Stewart and Colonel Robert Nicholson confirm in recent interviews. A positive, knowledgeable contributor, Ghazwan soon became known as Tex because of the cowboy hat he wore. But, as too many similar Iraqi stories have recounted, for work with the Americans, Alsharif receives anything but gratitude for endangering his own life and those of his immediate and extended family. In fact, as flashbacks from his San Francisco days reveal, Alsharif is inexplicably arrested and brutally tortured, his captors certain he harbors some secrets.

As it turns out, he does have a closely guarded truth about himself, he’s gay. In Iraq where homosexuality is still culturally forbidden, this could easily get Alsharif killed. Moreover, social awareness of his sexual status will affect multiple aspects of daily life for all his relatives. As Alsharif says, they may forgive him for working for the US Army but not for being gay. And, even in San Francisco, Alsharif endures a beating, thoughts of suicide, and the pain of separation from his son on that boy’s birthday, plus the ordeal of trying to gain refugee status in the U.S. Meantime, he aspires and works toward becoming a celebrity chef.

Director Palmquist documents eight years of Alsharif’s U.S. experiences, 2008 to 2016. Between benchmark events she interjects moments of sepia-toned, animated film or calm urban or nature footage with, usually, soothing music. These opportunities for viewers to relax and contemplate are welcome and nicely spaced. Above all, a character study such as this depends on the choice of subject. In that regard, Alsharif is an immensely engaging individual, openly emotional and appealingly honest. The statistics that close the film put his dire situation in a larger context, a sad reminder of the ripple effects of the Iraq War that continue to this day. From Baghdad to the Bay is available from Vimeo on Demand. Check listings.