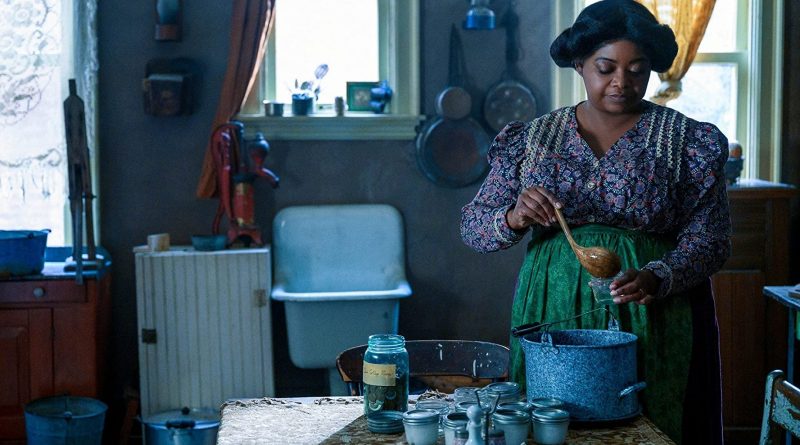 Any woman, certainly any St. Louisan, who knows her history knows about Madame C.J. Walker. Walker was a “St. Louey woman with all her diamond rings,” to borrow W.C. Handy’s line. Now, through an imaginative four-part, original Netflix series, viewers can learn more about an African-American female millionaire.

Walker worked as a washerwoman in St. Louis for pennies a load. She had bad hair where she still had hair. Then came Annie Malone, another St. Louis woman and the first African-American millionaire. Her product improved Breedlove’s hair and her future.

Included in that future were her second husband, C.J. Walker, played by the suave Blair Underwood, and Lelia, her daughter from her first teenage marriage, played sufficiently by Tiffany Haddish. That daughter’s great-great-granddaughter, A’Lelia Bundles, wrote the biography that this mini-series is based on. Walker’s father, an ex-slave, is played by veteran actor Garrett Morris, most recently on Two Broke Girls.

Self Made is not a strict biopic — “inspired” in the subtitle is the operative word. That means not everything in it is gospel. For example, the character of Addie Munroe, played with flair by Carmen Ejogo, conflates several real life individuals, none so competitive with Walker as suggested by the unnecessary cat fights, shown here as wrestling matches between the businesswomen.

The main reason to watch all four parts of Self Made is to see Octavia Spencer at her best. Every eye roll in her round, brown face, and her every forthright statement come alive through Spencer, the actress herein elevated from the wise, old, colored woman she is often relegated to playing.

Self Made raises a woman’s story to prominence and writes her back into history. St. Louisan Sarah Breedlove, a k a Madame C.J. Walker, is a hidden figure no longer.