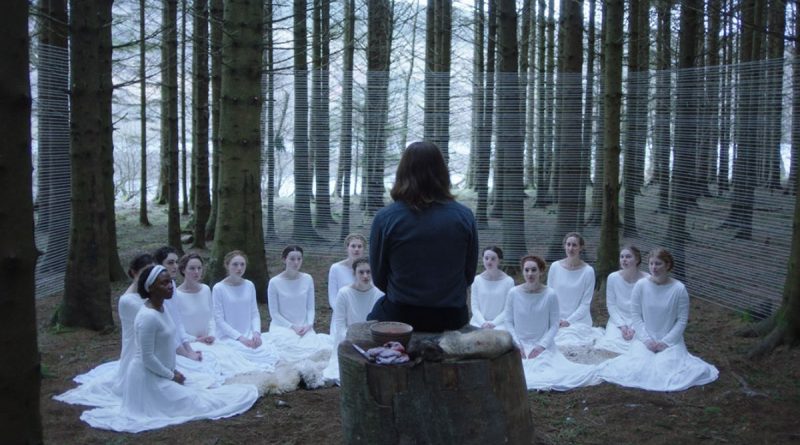 Stylish, intense, and thought-provoking, Malgorzata Szumowska’s The Other Lamb is both a gripping coming-of-age story and a dark, disturbing fable about a community of women who find the necessary strength to push back against and escape from a stifling patriarchy that dictates everything about their behavior and expectations in life, and treats them as slaves to the will of one man, their self-proclaimed messiah. 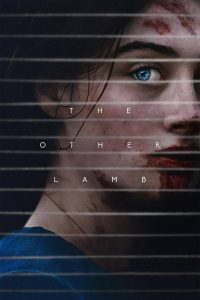 The film centers on teenage Selah (Raffey Cassidy), who was born into an all-female cult — all-female, that is, except for husband/father/leader The Shepherd (Michiel Huisman), a messiah-like figure who expects absolute devotion and obedience from his harem of wives and daughters. This unusual family is all Selah has ever known, but as she reaches the brink of womanhood, something in her starts to push back against Shepherd and his strictures.

One doubt leads to many more, and one question sparks countless others — especially when Selah spends time with out-of-favor wife Sarah (Denise Gough), who’s no longer fully in thrall to the charismatic Shepherd. But it will take a cataclysmic event within her family for Selah to finally embrace a new path. Along the way, she learns to stand up for herself and the other women and girls, coming into her own abilities as a leader and a woman.

Liz Whittemore The vivid cinematography of The Other Lamb makes for a stunning viewing experience. Add in the chilling screenplay, engrossing editing, and breathtaking performances from the almost entirely female cast and you have a gorgeous portrait of brainwashing and inevitable betrayal. The Other Lamb has an otherworldly feel. It will make your skin crawl as it grips your body entirely with its storytelling.

Leslie Combemale The visual storytelling is lovely, although appropriately disturbing. The Other Lamb is certainly not for everyone right now, but certainly might be the right film when feeling anger that has gotten stuck somewhere near the back of the throat, like a silent scream. Read full review.

Jennifer Merin The Other Lamb, Polish director Malgorzata Szumowska’s first English language feature scripted by CS McMullen, is a dark but empowering coming of age tale about young women born into and raised in a female-only community that follows the rules and rituals set by a self-proclaimed messiah named The Shepherd. The film’s compelling theme, fine storytelling, excellent performances, superb cinematography and stunning production design make it a stylish and gripping showcase for women in film.

Loren King The story unfolds with horror and elegance, giving The Other Lamb the atmosphere of a grim but majestic horror fable or allegory — The Handmaid’s Tale meets Helter Skelter — but it’s never really clear what, exactly, it is. Read full review

Marina Antunes Visually impressive, Polish director Malgorzata Szumowska’s The Other Lamb is a fascinating and surreal tale of cult life and the events that unfold when one of the flock steps out of line. C.S. McMullen’s script is sometimes vague and Selah’s visions are not always easy to follow but there’s a quietly powerful rhythm to the storytelling here, punctuated by brilliant music, top-notch performances from Raffey Cassidy and Michiel Huisman and some of the most gorgeous, cinematography from Michal Englert which draws the film out of place and time.

Pam Grady: The women and girls gathered in the woods appear to come from a different epoch than ours, maybe the 19th century in their high-necked, old-fashioned frocks. But then a Barbie doll can be spied from a window and the eerie tone of Malgorzata Szumowska’s drama is set before the plot even engages. Literally lorded over by The Shepherd (Michael Huisman) who has set himself as a deity to his flock, this female family – there are no sons and no brothers, only the one destined to be husband of all – in thrall to his whims. So, it has ever been for Selah (Raffey Cassidy), raised from birth within the confines of this smothering family with its tightly defined role and living so far off the grid that modern society might as well not exist. Her intelligence shining through despite the restrictions on her life, as the young teen grows closer to assuming her role within the family as a woman, she begins to question this life that has been imposed upon her and the man who has robbed her of her agency. Lyrical, off-kilter pacing and storytelling lend the film a dreamlike quality even as The Shepherd’s interactions with his cult unfold with cold brutality. A powerful tale is made more so by Cassidy’s strong portrayal of a young woman gradually awakening to the idea that there is a better life to be had and she deserves to have it.

Nikki Baughan: As the audience knows from the off and as Selah comes to realize, this is ultimately a familiar earthbound story of one man’s heinous abuse of power, and the danger of blind faith. And while Selah’s journey to realization and empowerment may not hold many narrative surprises, it’s nevertheless one that commands attention. Powerful performances and a commanding aesthetic make this an arresting watch. Read full review.

Cate Marquis Polish director Malgorzata Szumowska makes her English-language film debut with a surreal horror/drama about a cult of all women and girls led by a man called Shepherd (Dutch actor Michiel Huisman, Game of Thrones) who looks strikingly like traditional images of Jesus. At the center of this chilling, atmospheric fable is teen-aged Selah (Raffey Cassidy), one of the blue-clad “daughters” who live communally with Shepherd and his red-clad wives in their forest compound. Beautifully shot, this atmospheric fable is suffused with unsettling nightmare fantasy sequences,and references to Hamlet‘s Ophelia. With parallels to both Midsommar and A Handmaid’s Tale, The Other Lamb weaves an unnerving tale of patriarchy, abuse and misogyny.

Sandie Angulo Chen: Polish writer-director Małgorzata Szumowska’s The Other Lamb is a movie that stays with audiences. Like Midsommar, Charlie Says, and The Handmaid’s Tale all rolled into one, the film follows an all-female cult in service to one man: The Shepherd (a very Messianic looking Michael Huisman). The women are divided into two color-coded camps: mothers, who wear shades of red and pink, and daughters (or sisters to one another), who wear shades of blue and green. What’s unclear is how one graduates from one to the other (particularly since most of the daughters were fathered by the Shepherd). Raffey Cassidy (Vox Lux, The Killing of a Sacred Deer) is outstanding as Selah, a lifelong member of the Flock whose mother was a charter member, is anxious about proving herself worthy for wife status while also quietly observing that the Shepherd may not be as infallible as they all believe. Part folk-horror, part feminist allegory on coming of age, this film is bold, haunting, and hard to shake off.

Susan Wloszczyna: It’s isn’t hard to guess just how The Other Lamb will end, since it strews clues about like bloody bread crumbs. This femme-forward horror fable is big on outdoor atmospherics as it focuses on a cult led by a charismatic messiah that goes by the name Shepherd. The flock consists of mothers and their daughters as they live on the outskirts of society in a forest near waterfalls, rocky cliffs and bah-ing sheep in a meadow. Initially, it feels like a harmonious slice of paradise. But teen Selah, whose mother supposedly died in childbirth, is on the brink of puberty and suddenly sees her existence through more cynical eyes in an incestuous, polygamous cult that intentionally pits the women against one another. Polish director Malgorzata Szumowska perhaps relies too much on Mother Nature while skimping on heightened tension in her film’s editing. She does better by her choice in actors, especially Raffey Cassidy as Selah, whose big blue eyes constantly flash with emotions, both fierce and frightful. Also rising to the occasion is Denise Gough as her mother’s best friend and Michiel Huisman who has an Adam Driver-like manly presence.

Title: The Other Lamb