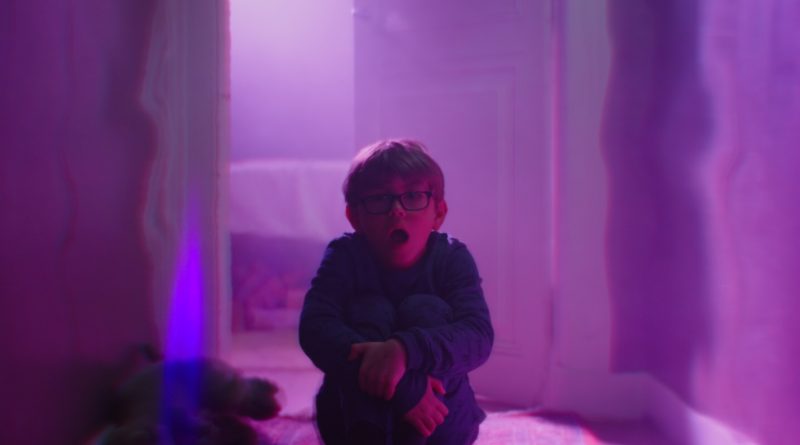 Having renovated Nathan’s father’s old farmhouse in (fictional) Arkham, Massachusetts, they’re now raising a herd of alpacas (“the animal of the future”) and indulging volatile Lavinia as she consults a paperback copy of “The Necronomicon” to practice a riverside Wiccan pagan ritual, hoping to hasten her mother’s recovery from a recent mastectomy.

That night, there’s an ominous crash as a mysteriously glowing purple/pink meteor fragment lands in their front yard, releasing a magenta-colored extraterrestrial organism that not only infects their family but turns the countryside into a horrifying, shape-shifting, cotton candy-colored nightmare.

As Ward says, “What touched this place cannot be quantified or understood by human science. It was just a color out of space – a messenger from realms whose existence stuns the brain and numbs us with the gulfs that it throws before our frenzied eyes.”

On the Granger Movie Gauge of 1 to 10, Color Out of Space is a sinister 6, available on Apple TV, Vudu and Fandango Now.

EDITOR’S NOTE: You may also be interested in reading Liz Whittemore’s review of Color Out of Space