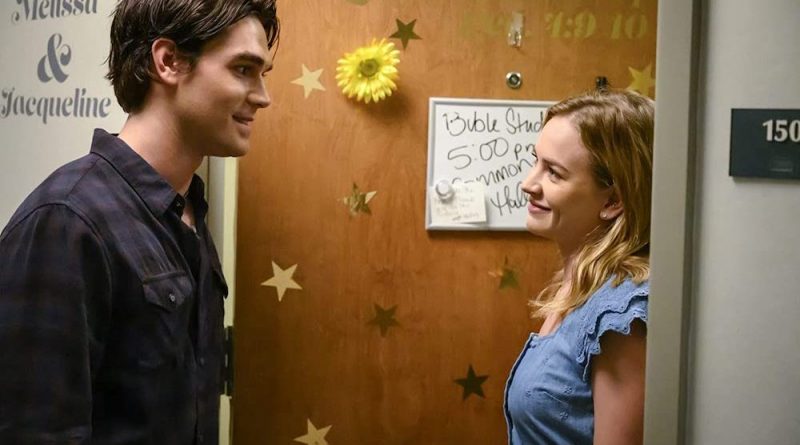 From the makers of I Can Only Imagine comes the true life story of Christian music mega star Jeremy Camp. Jeremy’s remarkable journey of love and loss proves there is always hope in the midst of tragedy and that faith tested is the only faith worth sharing.

With the total change and worry in America now, this movie will comfort those who see it.

Anyone who saw I Can only Imagine can now see a follow up that’s a true heart touching story in I Still Believe.

Jeremy Camp (K.J. Ape) is ready to spread his wings and reach his goal to be a famous guitar player who plays his own songs.

While spending some time with his family, all he can think about is his music and leaving his home in Indiana for college. Jeremy has his heart set on a Christian College in California. It’s easy to see that his mother and father Tom (Gary Sinise), don’t want him to go so far away, but Tom can see every desire on his son’s face and even gives him a new guitar to take with him.

Jeremy arrives at a small Christian college where Kry, a Christian musical group he admires, is
performing, and he sneaks backstage to meet the lead singer, John Luck. He asks for advice about
“making it.” John says. “It’s not about making it. It’s about what the songs give to people. What do you want to give to people?.”

It takes a few days for Christian music mega star Jeremy to get acquainted with new friends. He finds a quiet place to play his guitar. One day he sees a beautiful girl named Melissa looking at him but hanging on to her friend John Luck who is in charge of Kry, the Campus musical group.

John tells Jeremy to write songs about what he cares about, like John writes love songs to God. Jeremy does that also. but lately he’s been writing songs to Melissa, the girl who seems to want to get acquainted with him. Jeremy was immediately drawn to her.

Melissa loves his songs so much they are soon spending a lot of time together and after two years they are engaged. Jeremy’s family is happy. John regrets loosing Melissa but the new music the guys are creating is making them all come together.

Tom thinks it’s too soon for them to get married. So they wait until Melissa is diagnosed with cancer. It’s clear to everyone that they are a happy Christian couple very much in love and ready to Mary. Melissa begins to have a lot of suffering, but she’s trying to keep going for her family and Jeremy.

The movie is based on Jeremy Camp’s memoir I Still Believe. The music is wonderful, the acting is great. Directors Andrew and Jon Erwin create a touching true story. This is a movie one will not forget. It’s already getting attention on TV as well. And Jeremy has appeared on TV shows singing his songs. With the total change and worry in America now, this movie will comfort those who see it.