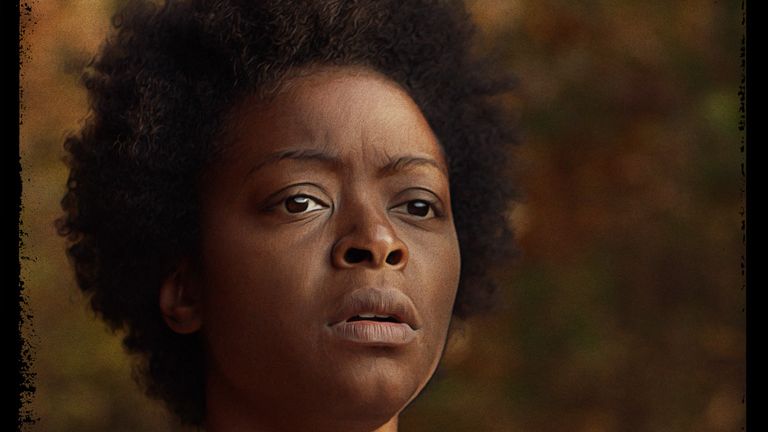 When westerns ruled the silver screen, roaming far and wide en masse, their hat-wearing heroes and slick sharpshooters only told part of the story. It has long since become a cliché to deem a film’s setting to be one of its characters; however the parched, rugged landscape trodden across by law-abiding saviours and rule-thwarting villains instantly set the requisite mood, while also visually evoking the inner fortitude and steeliness that’s so instrumental in the bulk of the genre’s protagonists.

The same can be said of Reckoning, a taut and arresting revenge thriller that plays out without a dusty plain or sun-parched vista in sight, yet is still intimately, irrevocably linked to its choice of location. As the film’s introductory text explains, the Appalachians have given refuge to those fleeing justice, duty and oppression for centuries, with a distinctive community arising amongst the mountains’ misty expanse over the years — and a distinctive way of existing, too. Staring at the movie’s opening entrancing shots, brimming as they are with tree-littered peaks and valleys overflowing with dense foliage and a hardy yet alluring melange of colour, a sense of the type of person who’d call this place home immediately starts to form.

Played with quiet ferociousness and determination by Danielle Deadwyler, Lemon Cassidy is one of the Appalachians’ residents. With her husband often away for work for extended spells of time, she tends to their isolated farm and raises their inquisitive young son Coy (Ezra Haslam), endeavouring to keep to herself, keep out of trouble and install a good work ethic in her boy. But when her spouse doesn’t return home from his latest job after a lengthy period, his shady employers come a-knocking, tasking Lemon with finishing the illicit gig at any cost — and threatening Coy’s life if she doesn’t abide.

The debut feature from writer/director duo Lane and Ruckus Skye, Reckoning unfurls with shades of Debra Granik’s exceptional Winter’s Bone ever-present, as a woman is forced to fend for herself, fight for survival, and protect her family within a remote mountainous community with its own concepts of right, wrong, responsibility and justice. The two features also share a bleak and haunting tone, resolute and resourceful lead characters, and commanding central performances, but there’s no mistaking Reckoning for a mere facsimile that swaps the Ozarks for the Appalachians.

Here, hell hath no fury like a mother desperate to save her child — and, as Lemon rallies against the crime family matriarch and baking enthusiast, Tommy Runion (Catherine Dyer), responsible for her predicament, vengeance proves a dish best served with doggedness and unflinching dedication. In a movie that doubles as a gripping and textured character study of its protagonist, Deadwyler joins the ranks of formidable on-screen portrayals of women devoting every fibre of their being to conquering a life-or-death predicament. Her scenes with Dyer, as they spit acrimony over biscuit and cornbread cooking tips, simmer with meticulously deployed tension; however Reckoning is just as compelling when Deadwyler fills the screen alone.

Roving their frames over the film’s pivotal setting with an eye for its beauty and treachery in tandem — as lensed by cinematographer Sherman Johnson, and reminiscent of the same feat in 2019’s also Appalachian-set Them That Follow — the Skyes ensure that Reckoning takes full advantage of its cloistered backdrop. While this tale could’ve played out anywhere and, with its lead performance and smart script, still packed a punch, its twists and turns are steeped in the unique locale’s way of life. The only time the feature seems poised to lean on convenience is in the emergence of a woodland cult that initially hits every easy stereotype but, like much in this impressive thriller, it too ultimately weathers its own intriguing and involving path.