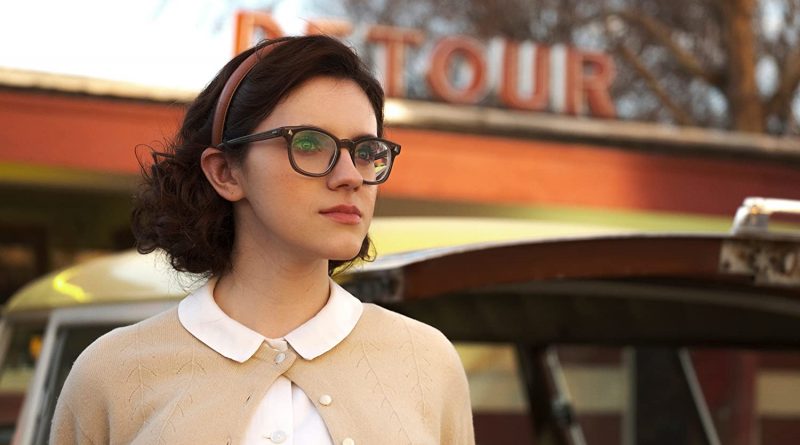 To the Stars sometimes feels earthbound by its melodramatic tendencies as it unfolds in a small-minded Oklahoma town in the early ‘60s. What saves this coming-of-age drama from simply being a farm-land Peyton Place that centers upon female social politics are its two leading ladies. Kara Hayward, who shone in her debut in Wes Anderson’s Moonlight Kingdom years ago, is mousy misfit Iris who is targeted both by male bullies and uppity girls at her high school. It doesn’t help that a bladder problem has earned her the nickname “Stinky Drawers.”

But then along comes pouty-lipped Liana Liberto as Maggie, a seemingly sophisticated and worldly-wise arrival in this insular burg. She designates herself as sort of bodyguard for Iris while impressing the clique led by Madison Beaty’s Clarissa as she tells them that her father is a photographer for Life magazine and claiming he has done portraits of Marilyn Monroe. That isn’t the truth. But Maggie is determined to bring out the best in her wallflower pal and sure enough the teen farmhand who works for Iris’ father has taken a liking to her.

Somewhat oddly, Iris likes to sneak out at night and go swimming in a nearby pond while staring at the stars and soon Maggie joins in. But just as Iris begins to relax and enjoy life, Maggie suddenly starts hanging out with a gridiron stud while trying to keep her not-very-hidden Sapphic urges at bay.

Shannon-Bradley Colleary’s script doesn’t do its due diligence in making us believe the period details while overtly bringing a modern-day sensibility to the sexuality at hand. At least Hayward and Liberto lend some much-needed authenticity to their performances but a little less gravity and more levity would help.