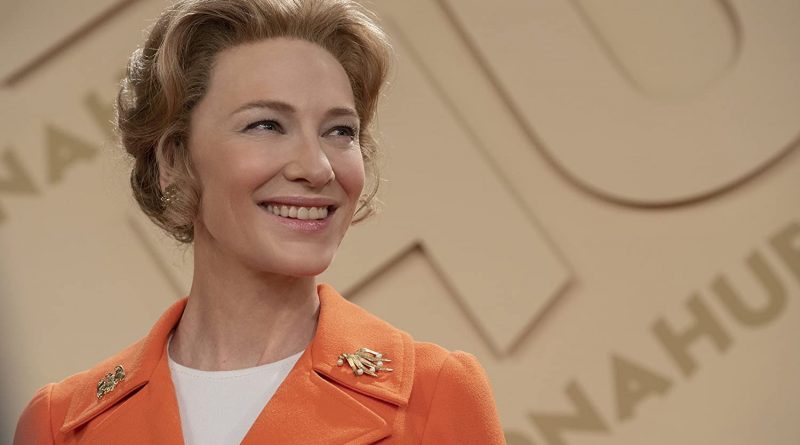 It’s fascinating how many young people have never heard of Phyllis Schlafly and how many older folk have forgotten her grassroots opposition to the Equal Rights Amendment back in the 1970s.

Svelte, ultra-conservative Phyllis Schlafly (Cate Blanchett) was an ambitious, politically-savvy suburban Illinois homemaker, wife of a lawyer (John Slattery) and mother of six children, who vehemently opposed all aspects of feminism, pointing out its potential dangers – like unisex bathrooms, women being drafted into the military, and the eradication of the Girl Scouts.

“Love her or hate her, you cannot take away that she was extraordinary,” says Waller, extolling Schlafly’s cunning activism psychology. “And if you find yourself rooting for her and hate yourself for it, that’s also fun.”

It’s also dauntingly relevant to realize that – a century after female suffrage became the law of the land – there’s still no constitutional ban on discrimination against women. Just this past January (2020), Virginia became the 38th state to finally ratify the still-controversial E.R.A. – nearly four decades after the Congressional deadline.

On the Granger Movie Gauge of 1 to 10, Mrs. America is a sprawling 7, streaming on FX/Hulu with new episodes debuting on Wednesdays.