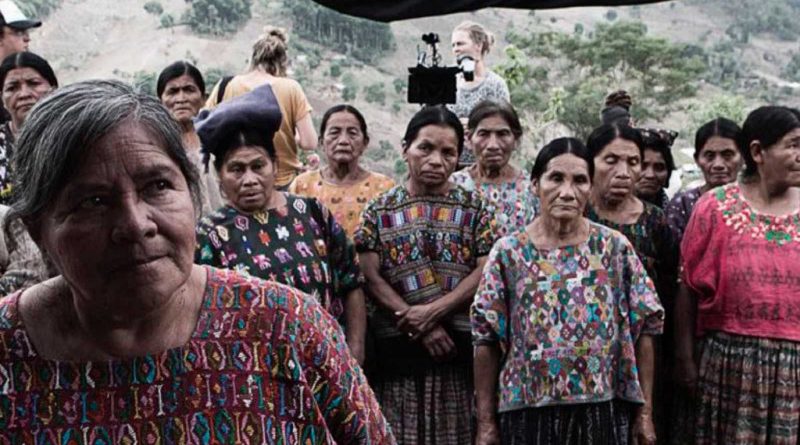 It’s understandable to expect that a film titled Our Mothers (Nuestras madres) would be about the women of a specific culture. It’s also understandable to be disappointed when, for most of the film, that simply isn’t the case.

Instead, the movie focuses on Ernesto (Armando Espitia), a young forensic anthropologist whose job is exhuming and identifying the bodies of the thousands of people who “disappeared” during the Guatemalan Civil War, a genocide against the Mayan community that lasted 36 years and left 200,000 dead.

In the opening scene, Ernesto is trying to piece together a human skeleton from the bones discovered in a municipal cemetery. It’s business as usual until Nicolasa (Aurelia Caal), an indigenous old woman, comes into the office to request that her husband be exhumed. She explains that he was taken away, tortured and murdered by Guatemalan soldiers, and she shows him a photo.

Ernesto is convinced that one of the men in the picture is his father, a guerrilla who also disappeared during that time. Without telling his mother or his boss, he accompanies Nicolasa to the mass grave where her husband – and possibly his father – was buried. He starts digging but is stopped by the authorities because they’re on private property.

There are many other village women waiting there, wanting to “bear witness” and put closure on their painful history, too.

And here’s where we see what this movie could have been. Why didn’t writer/director Cesar Diaz let them tell their stories? He gives us a stunning glimpse – almost portrait-like – of each of their gorgeous, weather-worn faces but then does nothing with them. These are the madres of the title, the women whose strength, endurance and wisdom could teach us so much, but he just uses them as props, silent, clad in their traditional huipils. He does what everyone else has always done to them by stripping them of their voice – and his story suffers for it.

Without those voices, the film loses any emotional impact, even during moments that should be shocking or tear-inducing.

This is an important period of history that warrants deeper exploration but at the end of the movie, we are left feeling like the women themselves: we’re still waiting for a satisfying conclusion.