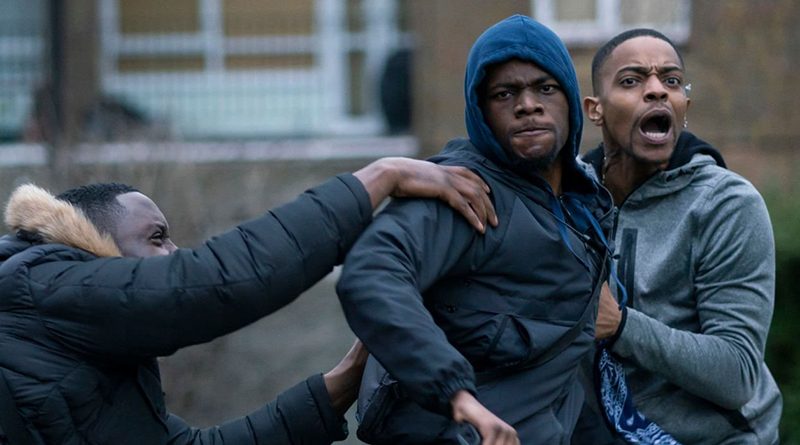 In Blue Story, we have a well-crafted film that presents quite a compelling, if not unfamiliar tale about London youths caught up in an ongoing cycle of violence and, while following several tough young characters battling with each other and fate, poses a chicken or egg question: which comes first? Violence in the streets or violence on the screen?

Written and directed by the enormously talented Andrew Onwubolu, aka Rapman, the scenario is set in working class south-east London on the border between Peckham and Lewisham, two primarily Black economically challenged neighborhoods ruled (or ravaged) by rival gangs whose unexplained hatred for each other fuels an endless cycle of violent attacks and retaliations. Anchoring the rivalry are childhood buddies Tim and Marco (Stephen Odubola and Micheal Ward) who are caught up in a mortal conflict because of their older brothers’ affiliations with rival gangs. Continue reading on CINEMA CITIZEN.