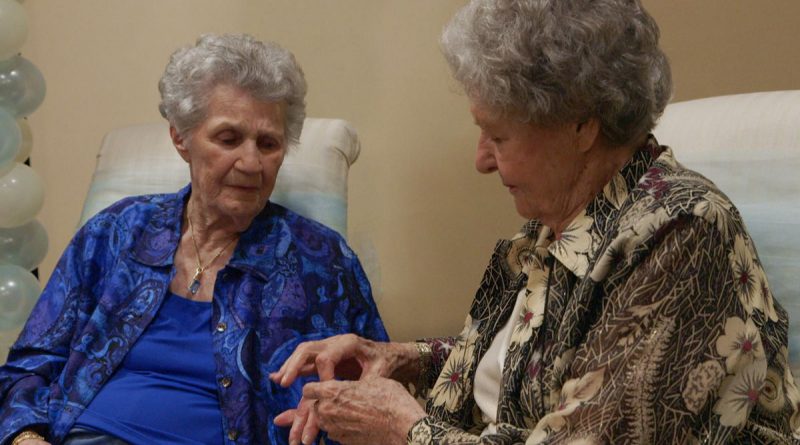 The intimate documentary A Secret Love chronicles the life partnership between Terry Donahue and Pat Henschel that began in the very closeted 1940s and endured for the next 70 years. Canadians who moved to Chicago in the ‘40s because they felt safer and freer in the States, Pat and Terry built successful careers with an interior decorating company in downtown Chicago and surrounded themselves with a circle of gay friends, male and female. The archival photos and home movies of lively vacations and house parties make up the best part of the film and one wishes there was much more of it. The added layer of Terry’s years playing baseball with the Women’s Professional Baseball League during World War II, made famous by Penny Marshall’s A League of Their Own, are priceless and, although well documented, could have been expanded.

The feisty and still-devoted Pat and Terry never revealed that they were a couple to their families until recently. As impossible as this sounds, the family members believed they were “best friends” living together and sharing their lives for decades because it made Chicago more affordable. Even with both Pat and Terry now well into old age and Terry battling Parkinson’s Disease, the gentle revelation is met with homophobia from some family members. That A Secret Love focuses so much on the biological families when Pat and Terry created such a rewarding and self-reliant life with their chosen family, evident through archival footage, photographs, stories and love letters, is depressing — though it’s an important look at some of the issues faced by elderly LGBTs.

Terry’s well-meaning niece pressures the couple to sell their home and enter an assisted living facility in a way that seems insensitive and dismissive, particularly to the more resistant Pat, of the life they created. Scenes of their possessions, including Terry’s baseball memorabilia, being packed into boxes are heart-wrenching and dispiriting, especially when contrasted with the images and animated stories of the past — including that Pat and Terry played on a women’s hockey team which is completely under-explored. This fascinating and inspiring look at ordinary LGBT lives woven through history is the best part of the film and the reason to watch.