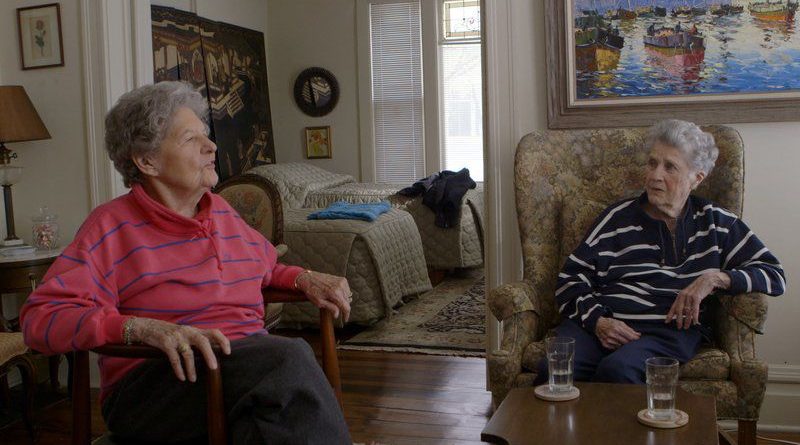 One poignant detail unearthed in this moving documentary speaks volumes at the situation that Women’s League pro baseball player Terry Donahue and Pat Henschel found themselves in when they fell in love in 1947: They kept each other’s love letters but cut off the signature lines, so that if anything should happen to them, their survivors would never know for sure the depth of their relationship.

But it never came to that. By the time A Secret Love opens, the women have been together for 65 years. They are finally out to their families, but Terry is frail from Parkinson’s Disease and the women are nearly 90.

Terry’s family, especially niece Diana, worry that they can so longer safely live without assistance.

Director Chris Bolan pays tender homage to his great aunts Terry and Pat with this touching film that at once recounts the women’s great love story, Terry’s career as one of the athletes that inspired A League of Their Own, and the challenges presented by illness and aging to a couple who are as devoted to one another in the seventh decade of their relationship as they were at the beginning.

The history of LGBTQ people from the mid-20 century on in North America is contained in Terry and Pat’s story, the subterfuge society required giving way to a judgmental niece carping that it’s sinful that they are not married. In some ways, A Secret Love is a time capsule, but more than that, it is an affecting portrait of a couple’s unshakeable bond in the twilight of their lives.