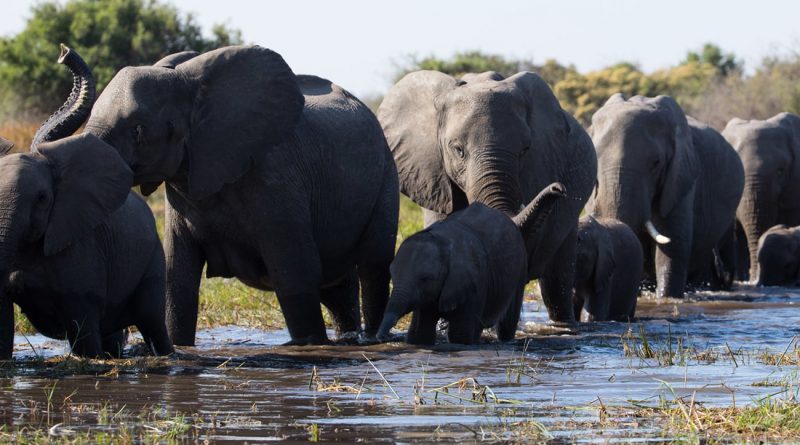 After months of painstaking work by photographers and editors, this is the most accessible and appealing nature film ever made about the annual 1,000-mile trek of elephant herds across Southern Africa. And having an engaging narration by Meghan, the Duchess of Sussex, is an added bonus.

The elephants’ migration begins in Botswana’s lush Okavango Delta when, according to ancient tradition, the wise but weary, 50 year-old matriarch Gaia decides it’s time to leave that once-verdant paradise and steadfastly plod across the arid Kalahari Desert to the Zambezi River and its islands atop Victoria Falls.

In this survival story, as the ‘ellies’, particularly Gaia’s younger sister, Shani, and her calf, Jomo, face death from thirst as they travel from one watering hole to the next, they try to elude predators like lurking crocodiles and a prowling pride of lions.

Instinctively knowing that she’s next-in-line to be their leader, 40 year-old Shani pays special attention to the details of this pilgrimage, making it a sensitive, parallel journey.

Those familiar with Disneynature films know that the animals are always anthropomorphized so that youngsters can easily relate emotionally. This convention is at its best when tenacious Gaia must use her ingenuity to dislodge a struggling calf that’s stuck face-down, close to suffocation in a mud bank.

As for Meghan Markle, she adopts a low-key, conversational tone, perfectly suited to the ‘family friendly’ script. FYI: the Duchess of Sussex donated her voiceover fee to the conservation charity Elephants Without Borders in Botswana.

Writer/director Mark Linfield, along with co-directors Vanessa Berlowitz and Alastair Fothergill, not only capture the world’s largest terrestrial animals but also the rest of the African menagerie: hippo, cape buffalo, zebra, giraffe, monkeys and an adorable cheetah cub.

On the Granger Movie Gauge of 1 to 10, Elephant is a sweetly spectacular 8, particularly when paired with the insightful In the Footsteps of Elephant which follows on Disney Plus.