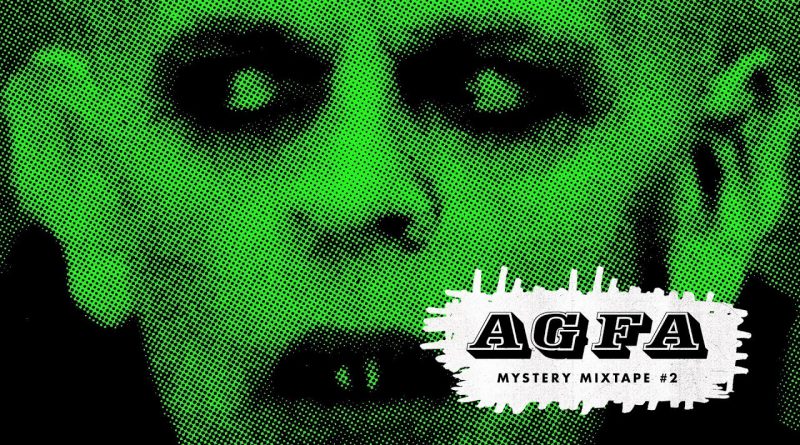 With an impressive record of bringing delightful cinematic weirdness to discerning film freaks since it was founded in 2006, the Austin-based American Genre Film Archive (AGFA) were hardly going to let an epoch-defining global pandemic get in the way of their mission: to restore, preserve and bring to life genre and exploitation cinema that otherwise sits beyond the purview of more orthodox, highbrow film archives.

While AGFA’s home entertainment offerings have included Ed Wood’s long-lost Take it Out in Trade (1970) and the lovingly restored Sarah Jacobson double Mary Jane’s Not a Virgin Anymore (1996) and I Was a Teenage Serial Killer (1993), now of course is not a time where everyone is in a position to rush out and stock up on Blu-rays. Despite being a non-profit organization, the recently released AGFA Mystery Mixtape series is a streaming project that focuses both on our need to save pennies and what for many of us is an unquenchable desire for wackadoodle cult film oddities, the kind of material upon which AGFA has built its reputation.

Based on a pay-what-you-want model, AGFA has recently framed by the project with the announcement that “our team has been overwhelmed by the outpouring of love and support during these difficult times. So this is our way of saying thanks! The price is set at 99 cents, which is the lowest possible option that Vimeo offers. We want everyone to be able to enjoy this. But if you’re able to donate more to our non-profit mission, there’s also an option to pay what you want.”

With each mixtape mashing up the wildest, strangest genre eye-candy you could ever hope for, each release is just the right dose of random craziness needed for those of us who – understandably – aren’t quite up to commit to full-length feature films if our minds are elsewhere and concentration levels not at their highest. Yet while our attention spans may not be what they once were, thankfully this is now no barrier to filling our eyes and ears with the kind of weird film goodness that, for so many of us, is truly uplifting.