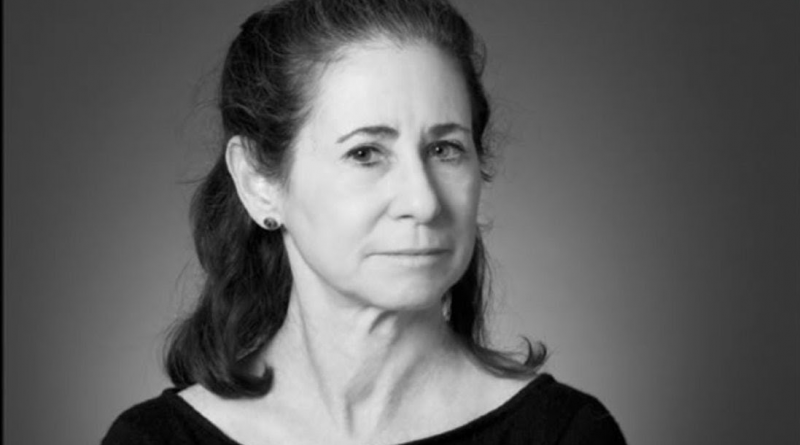 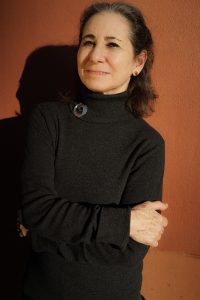 From its humble beginnings in 1970 as a 50-seat screening room in a walk-up on New York’s Upper West Side to its current expanded and renovated space on West Houston Street, Film Forum has established itself as one of the most respected and influential cinephile’s paradises anywhere in the world. And for nearly all that time, Karen Cooper has been synonymous with Film Forum.

Cooper has served as Film Forum’s director since 1972, programming its premiere screen with Mike Maggiore and overseeing all aspects of its operation including the $5 million expansion and renovation in 2018 which added a fourth screen.

Even though Film Forum has been closed since March 15 due to the coronavirus, Cooper remains optimistic that it will return with the trademark adventurous and eclectic programming that has earned the cinema international stature and a loyal following for 50 years. 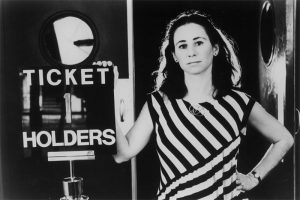 “The renovation was exciting because it gave us more flexibility — gives us more flexibility — I don’t want to talk in the past tense. I am an optimistic person and I look forward to re-opening and to re-show the films that were cancelled by this crisis,” says Cooper in a telephone interview. “We were about to open a documentary called PJ Harvey: A Dog Called Money about the musician and the new Werner Herzog documentary Nomad: In the Footsteps of Bruce Chatwin. We hope to reschedule all of these films we had on our calendar and that [repertory director] Bruce Goldstein had on his calendar.”

Film Forum is now offering virtual screenings.“But it’s a very different experience to watch at home rather than seeing [films] on the big screen and being alone together in the dark,” Cooper says.

Film Forum, a nonprofit, has managed to survive for five decades when numerous art house theaters in New York City and all over the country have closed. 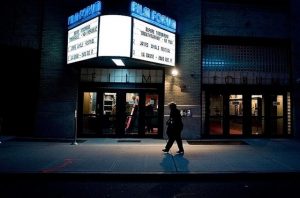 “Small independent theaters in New York face the same set of circumstances as all large metropolitan areas. The real estate values are so high, and the relative margin of profit is so minimal for small art houses, that real estate has driven the independent movie exhibition business out of business,” she says.

“It’s a line of work that has changed and evolved in such drastic ways since I became director of the tiny screening room in 1972 with 50 folding chairs and one 16mm Bell and Howell projector. This year is our fiftieth anniversary. Even without this crisis, that’s an exciting and challenging year as a nonprofit. We are always asking for money from our members — we have more than 6000 members — and from individuals, foundations, corporations and public funders. That entire process has been ramped up because there are expenses that are not covered when you have a closed theater and don’t have admissions and no concession income.” 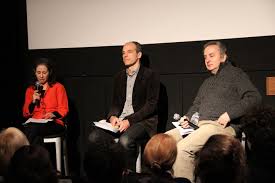 Cooper’s programming acumen was obvious early on as she brought to Film Forum inventive, artistic films from around the globe. She championed the new German cinema in the ‘70s and early 80s, booking the early films of Werner Herzog, Rainer Werner Fassbinder and Wim Wenders. Cooper attributes her adventurous and sophisticated taste to her early interest in the arts, particular ballet and theater.

“Who grows up thinking, ‘I want to run a movie house’? I was an English major [at Smith College]. I thought I’d go into journalism or essay writing. My self-image has more to do with languages than images. Bruce [Goldstein] was a film person right out of the womb. I don’t have that background or encyclopedic knowledge of film history. I think I do have a critical eye and ear and that’s what has shaped what we’ve done over the years.”

Besides the pioneering German directors, Cooper is proud that Film Forum has always screened films about gender equality, civil rights and human rights. 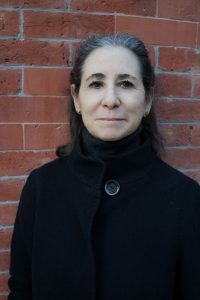 “That’s part of what we’ve been all these years; it’s not like this is the flavor of the month. When we re-open, we’re going to show a wonderful film, Born To Be, about the pioneering work of Dr. Jess Ting at Mount Sinai [Center for Transgender Medicine and Surgery in New York City]. It’s not the least bit exploitative; it’s a very candid and compassionate film about the patients and about [Dr. Ting’s] professional life,” she says.

As a woman who has run a major arts establishment for nearly five decades, Cooper cites the influence of Freude Bartlett (1942-2009) who founded in 1972 the Serious Business Company, a San Francisco-based film sales and film distribution company known for avant-garde, animation and women’s films.

“She was one of my closest colleagues [who] introduced me to wonderful films by women, animated films by Sally Cruikshank and Kathleen Laughlin and others whose work was not widely seen. As a colleague and a professional, she became best friend; there was no email then so we had an epistolary relationship. She was a great model for me about how a woman can take very seriously her work. Look, the truth is, I am a very serious person. I was serious in nursery school! That’s just who I am. There’s an obsessive-compulsive quality to my personality and I don’t know if it has to do with being a woman but it has to do with being me.” 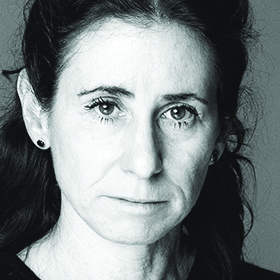 WHY WE CHOSE HER: Kudos to Karen Cooper for 50 years of fine film programming at Film Forum, the independent art cinema she founded and has grown, over the years, from a 50 seat venue in a walk up apartment on NYC’s Upper West Side to it’s current four-screen home on West Houston Street. Cooper has never sought the limelight for herself, yet her vision, commitment and activism have illuminated New York’s cinema scene for filmmakers and moviegoers for decades. In celebration of the 50th anniversary of Film Forum, we recognize her contributions and honor her leadership by focusing our May SPOTLIGHT on Karen Cooper. – Loren King