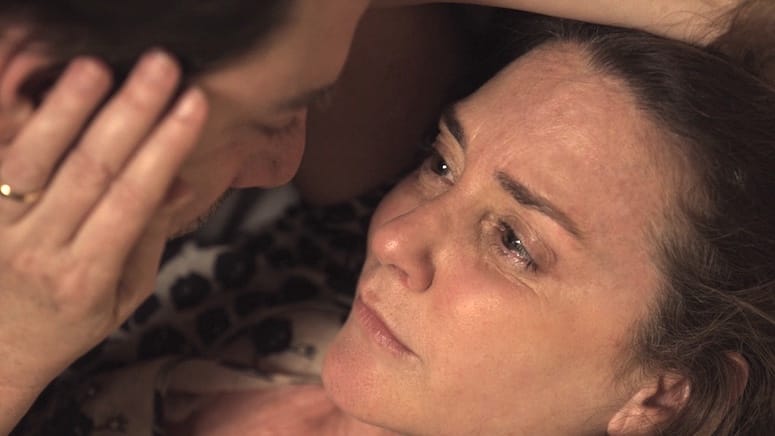 South Mountain is about intimacy and human connection. The teetering edge of emotional highs and lows that happen from minute to minute. That need to feel, something, anything, is uncontrollable. The audience experiences volatility through the screen.  Lila has a line in the script that pinpoints the overall feeling, “Where there is love, there’s a potential for violence.” The viewer is waiting for the pot to boil over at any moment.

As Lila, Talia Balsam is captivating. She is the embodiment of reactionary emotion; much like an exhale for every scorned woman. Her ability to be in the moment has always been a strength. Balsam takes Hilary Brougher’s script and direction and breathes life into it. The film is not merely about a marriage. It focuses on the her inner circle, predominantly made up of women of different ages, learning, judging, fighting, and expanding their horizons together during turbulent situations.

The setting is representative of her character. A lush, ever-growing backyard retreat that both suffocates and inspires. Watching South Mountain‘s location will undoubtedly stir up different reactions from a current viewing audience. Some may feel trapped, while others, perhaps those of us in New York City currently, will yearn for a bit of green, peaceful space without other humans. As a whole, South Mountain is about the ripple effect of a marriage imploding through the eyes and soul of one woman. It is universally relatable beyond gender and will impact how we look at mental health and break through the cliches of what self-care looks like.