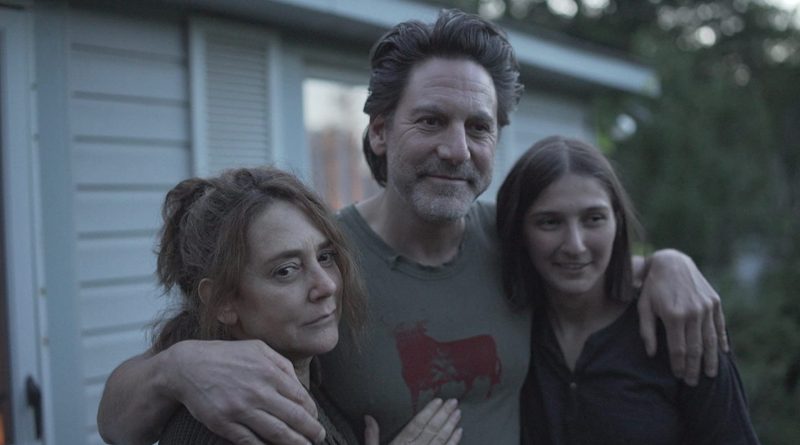 Back in 1978, director Paul Mazursky’s An Unmarried Woman starring Jill Clayburgh showed that a marital break-up could become an awakening and new opportunity for a woman to learn how to rely on herself. It had a distinctly urban feel as events unfolded in Soho art galleries and spacey New York City lofts.

Hilary Brougher’s South Mountain takes a different path in its portrait of a union that is on the brink of dissolution amid the scenic splendor of the Catskill Mountains. The lush green foliage and a garden ripe with fresh produce feels like a kind of paradise away from the world’s hustle and bustle.

Alas, the household’s matriarch Lila will soon discover, as her teen daughters leave for summer activities and her best friend undergoes chemotherapy, that her husband (Scott Cohen) has just had a newborn son with another woman and that he wants to leave his wife. As played by a top-notch Talia Balsam with an air of wistful melancholy and a Mona Lisa smile, Lila goes through several stages of grief – including a regretful try at poisoning her cheating spouse, taking up with an all-too-willing younger man and cleaning out all of the old accumulated stuff to let the new in.

Cameraman Ethan Mass’ serene cinematography does wonders to fill in the emotional spaces, with invading insects becoming a regular theme. In the end, Lila seems to be somewhat at peace even if she has picked up the habit of smoking.