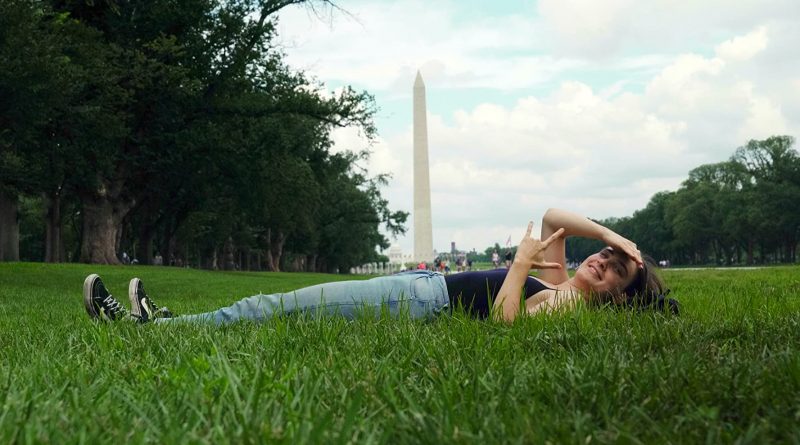 Debuting his first feature film, Will Dennis has a sweet lick of an Indie movie with Vanilla, a screwball romantic comedy for the Gen Z/Millennial crowd who would be untethered if not for their social media to track, tabulate and stalk potential and past love interests.

Director/writer Dennis is also cast as Elliot, our erstwhile solid and methodical guy. Dennis’s performance is a surprise bonus as he deftly carries the film with his costar Kelsea Bauman-Murphy. Kelsea plays his unlikely new love interest, Kimmie.

The scripted dialogue percolates as does the visual pacing as this effervescent and entertaining peak at how older generation Z/younger Millennials deal with love, careers, and the art of courtship, all while taking us on a van-tastic road trip from Brooklyn to New Orleans to boot.

The narrative centers on Elliot, an app software designer who is trying hard to strike out on his own. He is polite, fit, and he always does the right thing, even calling his mother, Molly, on the regular. Molly is a delight and played by Kathryn Grady. She is a libertine who’s very comfortable in her own skin, taking a young Latin lover (also her weed dealer) and someone at the ready to give Elliot the sound life advice he needs to hear when it comes to women.

Elliot is fresh off a breakup, his ex, Trisha (Taylor Hess) is a production assistant whose work takes her to New Orleans for a shoot. The other character in this love triangle is Elliot’s van, a source of income for him to get his startup started up. Elliot sells the van to Kimmie who responds to an advert, hoping to get a van for pizza delivery for her family’s business.

But there’s a distasteful catch, a sudden rat infestation in her former uncle Sal’s (Eddie Alfano) pizza place is the force majeure that forces her to return the pizza van back to Elliot, who knows he can unload it on his ex Trisha, who had recently contacted him from NOLA inquiring about the van and its availability. Note that Alfano is a spot-on fantastic supporting actor for this role and brings an energetic comedic edge to the budding love story.

But now, with Kimmie out of work and needing the dough to save the pizza parlor, the van must go. A road trip for a sure-thing sale is proposed by Elliot. Together, they bring it to Trisha who is on location saving Elliot having to fork over a refund and Kimmie losing her family’s business.

The beauty of Vanilla is how it ticks the boxes in just the right fashion and shines with chemistry between the cast. When that casting element works, it looks easy and the other elements of the filmmaking process can hum. The premise of these chalk and cheese unlikely sorts being thrown together by life (and not a dating app) is pitch perfect for a modern love yarn.

Will Dennis’ feature directorial debut is a very respectable one, and his acting works for this role of this competent guy just trying to land a software app and get it off the ground.

His partner in scene, Kelsea Bauman-Murphy, is a perfectly snarky, sweet, vulnerable, and real character who is also trying to find her footing in life. Kimmie’s life’s dream of being a stand-up comic is tested as she progresses with Elliot in her journey to New Orleans. She certainly has the balls for it. But the jokes? They need work. That desire and dream is realized along the way as Elliot gets Kimmie to attempt an open mic. This introduced another side character worth noting, the salty club emcee who tries to keep the room from falling asleep (Anthony Devito).

As with any road trip movie, the defensive walls come down, secrets are shared, and a closeness develops between the characters. Until the backside of it forces the two to reevaluate their wants and dreams, and limits of what is and is not acceptable in the boundaries of a relationship.

Romantic in tone and bittersweet in follow through, this is a refreshing and entertaining look at how modern love just happens, despite the vexing circumstances, and how mercurial the nature of love is in general. It is highly recommended.