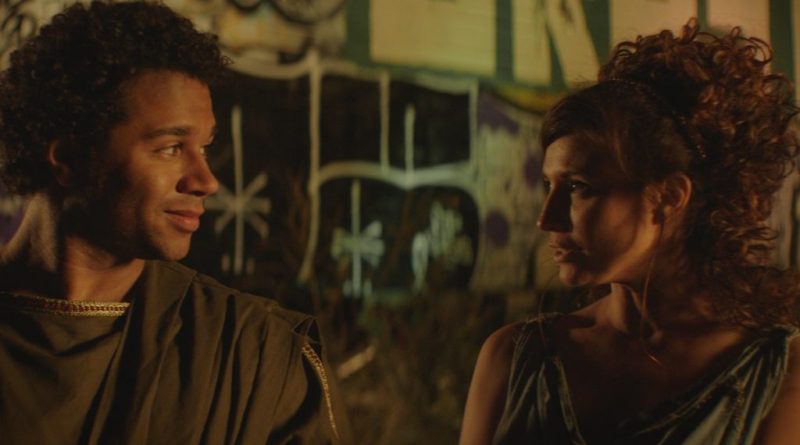 It’s impossible to watch Corbin Bleu in Ovid and the Art of Love and not think of High School Musical. Not just because he starred in that smash hit, too, but because his new movie feels very much the same – minus the capital letters and the music.

It feels like a high school play some creative students came up with to complete an assignment for history class. It’s well-intentioned but amateurish and the kind of production that’s enjoyed (or at least endured) only by the parents of those involved.

The synopsis of Ovid and the Art of Love is promising, and so much better than the movie itself: “Based on the life of the famous Roman poet Ovid, this classic story gets a modern twist in a mash-up world of contemporary Detroit and ancient Rome with strong women characters clamoring for respect and a better place in society.”

Wow! Are you thinking Baz Luhrmann’s Romeo and Juliet? Don’t. Hamilton? Stop. You will only be disappointed.

The idea of the movie is a really good one, revealing the eye-opening similarities between ancient Rome and 21st century America. And the story, about a poet who stood up to an authoritarian ruler, is an important one that shows the vital role of art and expression to a civilization.

Yet, somehow, everything about this movie went wrong, from the pacing to the dialogue, and that feeling of dread starts almost immediately when a young boy in Detroit sits down in a dilapidated old building with a copy of Ovid: A Primary Reader and the characters come to life right before his eyes.

I’m guessing the boy, who we never hear speak, is a high-schooler although he looks more like he’s in middle school – which makes it even more unsettling when the emperor’s daughter starts bartering blow jobs for solutions to government problems and when Ovid waxes poetic about having sex with married women.

It’s hard to say who this movie is meant for. Much of the subject matter makes it inappropriate for the younger teens who flocked to Hamilton for their history lessons, and older viewers are likely to just be bored.

Maybe it should have been a musical. I don’t know. In the right hands, Ovid and the Art of Love could have been an exciting and entertaining contribution to modern day political commentary. Unfortunately, though, director Esme Van Hoffman threw away her shot.