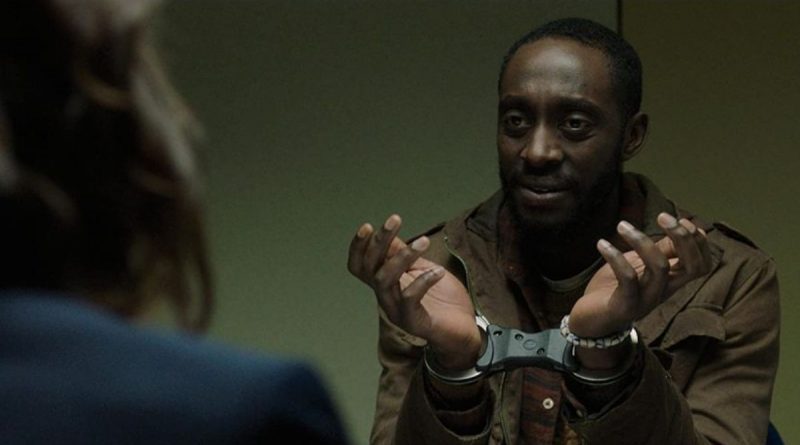 If there’s one word that characterised Lena Headey’s eight-season stint on Game of Thrones, it’s determination. Cersei Lannister was many things, most of them far from flattering, pleasant or likeable, but she was also resolute and resourceful until her final on-screen moments. And it’s that trait — or, more accurately, Headey’s ability to convey that trait — that carries through to The Flood. This UK drama couldn’t be further away from the high-profile TV series that its star has been best known for over the past decade, but it benefits from a rich vein of strength and purpose coursing through its central figure.

Headey plays Wendy, a British immigration officer responsible for assessing the cases of refugees seeking asylum in the United Kingdom. When she’s not questioning the hopeful folks sat in front of her, she’s less assured, courtesy of an acrimonious divorce and bitter custody battle that are still underway. However, when toeing her workplace’s political line — and pleasing the powers that be, including her boss Philip (fellow Game of Thrones alum Iain Glen), to ensure adherence to the country’s immigration policies — she’s typically reliable. Then she’s tasked with determining whether persecuted former Eritrean soldier Haile (Ivanno Jeremiah) can start a new life in Britain, after being caught secreted away in a truck brandishing a knife, then attacking police when discovered.

Reuniting after 2017’s The Carrier, director Anthony Woodley and screenwriter Helen Kingston establish Wendy’s resolve from the outset. She’s clearly fraying internally thanks to her personal life, but she’s steely enough to make it through her work days by whatever means necessary. And while she’s also designed to come across as clinical and hardened — that’s certainly what Glen’s one-note character would prefer — Heady ensures that there’s always a sensitive yet also tenacious core behind the dutiful bureaucrat facade. When the film watches Wendy as she watches Philip relay his lengthy tale, it spies the spark simmering within.

Indeed, Heady’s performance proves one of the highlights of a feature that makes a plethora of expected decisions otherwise. Jeremiah’s belongs in the same category, with the veteran of Cold Feet, Doctor Who and Humans in a more overtly tender, compassionate and empathetic mode as a desperate man fighting for his future. Without their efforts, The Flood’s neatness would stare at viewers far too glaringly for the movie to leave anything but the scantest imprint. The narrative convenience is still evident, but the power of an emotional connection can’t be underestimated.

The Flood’s topic should conjure up that feeling anyway, of course. Alas, Woodley and Kingston play things safe and obvious rather than authentic, even while basing the film on many true stories. In as well-meaning a move as a filmmaker can make, The Flood’s quest to expose the tragic reality of the immigration process is apparent from the outset — and nobly intentioned — but such blatancy bleaches the film of its drama and tension. Accordingly, audiences watch and wait as the narrative progresses as anticipated. As Haile’s torture for refusing to murder for his government, his struggle to survive the Calais Jungle, then his perilous trek across the border from France all unfurl via flashbacks, a sense of inevitability is always present. There’s no doubting the horrors he endures, nor the millions of real-life refugees he represents. There’s no doubting the punitive system he’s greeted with, either. But there are also no prizes for guessing which path his tale will take at any given turn.

With cinematographer Jon Muschamp (The Wedding Present: Something Left Behind) behind the lens, The Flood wields its naturalistic hues in much the same way; they too, like the majority of the film, adhere to the expected type. Still, Headey and Jeremiah’s performances do ample heavy lifting — not enough to completely patch over kind-hearted but by-the-numbers material, but enough to ensure that their characters and their ordeals linger.