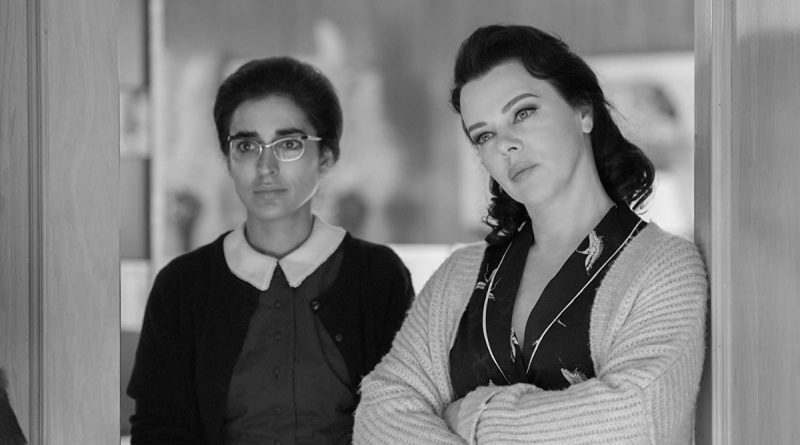 As one of the most famous movie stars of the 20th century, Ava Gardner remains very much still a household name. Yet despite having worked with a parade of high-calibre filmmakers including Stanley Kramer, George Cukor, John Huston, John Frankenheimer, and Nicholas Ray, Gardner’s reputation spans as much from her private life as it does her work as a professional actor. Her first husband was Mickey Rooney, and other intimate acquaintances – as friends, lovers or both – included men as distinctive (and themselves just as famous) as Ernest Hemingway and Howard Hughes.

Aside from being recognized in her field for her own undeniable skill, Gardner was just as well known as the one-time Mrs Frank Sinatra, to whom she was married from 1951 to 1957. With their divorce finalized, Gardner sought solace in Spain and settled in Madrid, and it is during this period of her life that the eight-part limited series Arde Madrid is set. Written, directed, created by and co-starring Paco León, this Spanish series brings to life Gardner’s household during the early 1960s, emphasizing the historical period through a lush black-and-white retro aesthetic and the almost surgical precision of its production design, wardrobe and soundtrack.

Played by American actor Debi Mazar, despite her vibrant portrayal of Gardner it is Inma Cuesta at Gardner’s housekeeper Ana Mari who is the central focus of Arde Madrid. The story begins with the prudish, devout Ana Mari teaching a group of Catholic schoolgirls that if their future husband’s abuse them, then it is probably their fault. She is unexpectedly invited to go undercover in Gardner’s household as a spy to report back on potentially subversive activities in the American movie star’s home that clash with the beliefs and ideological values of then-Francoist Spain. Driven by both patriotism and a desire for an income that will help her support her troubled brother, Ana Mari accepts unhesitatingly, and moves into Gardner’s apartment.

But there is, of course, a catch. As part of her disguise, Ana Mari must feign being the wife of Manolo (played by León himself), a sleazy, trouble-prone opportunist who has also joined Gardner’s household as a chauffeur. Along with the young maid Pilar (Anna Castillo) who has her own problems to contend with, Ana Mari finds herself challenged by much more than uncovering the potentially subversive politics of her new boss, and her whole life and everything she thought she knew about herself is thrown into question.

Arde Madrid is a wild ride; racy, stylish, and very, very funny. As executed by his perfectly cast performers, León’s rapid-fire dialogue is electrifying, as it sure-handedly weaves together narrative threads as disparate as a sexy stone, a table-top dancing goat, and the constant interruptions of Gardner’s uptight neighbour, ex-Argentine President Juan Perón (a scene where two goofy local policemen mistake a portrait of Evita Perón for Ava Gardner is particularly memorable).

Yet bubbling underneath all the wacky hijinks of Arde Madrid is the constant focus on Ana Mari and her transformation from an oppressed conservative to someone she herself at the start of the series would not have recognized. Despite a stand-out performance by Lazar as Ava Gardner especially, it is the palpable synergy between Cuesta and León (the latter both behind and in front of the camera) that makes Arde Madrid so special, a genuinely fun and hilarious reminder that not all effective, meaningful feminist stories need be told with a sledgehammer.