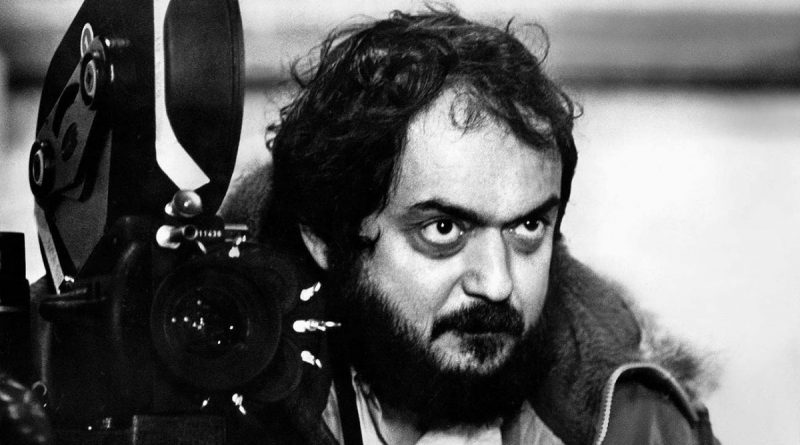 When Stanley Kubrick speaks in Kubrick by Kubrick, his voice crackling with authority and reflection as he eloquently discusses his career, it’s almost the cinematic equivalent of hearing a deity. As revered as both the filmmaker and his work are, and continue to be more than two decades after his death, that’s not what invites a god-like comparison. Rather, it’s the fact that Kubrick was so loath to give interviews about his movies, making his candid, thoughtful comments to journalist and critic Michel Ciment a rare beast indeed. And, it’s the reality that so much has been said about the director over the years, even though he wasn’t the one doing the talking. In the period since his passing, documentaries about Kubrick, his films and their influence have nearly become their own genre — from Stanley Kubrick: A Life in Pictures and Stanley Kubrick’s Boxes to Room 237 and Filmworker — but there’s nothing like hearing from the man himself.

That alone doesn’t make Kubrick by Kubrick great; however, it helps. It’s also a crucial point of difference for a movie that still offers up a wide-ranging overview of its subject’s filmography, as many fellow Kubrick-focused documentaries already have. Of course, anyone can tell the world that 2001: A Space Odyssey is a science fiction masterpiece, or exclaim The Shining’s merits, or espouse the savviness of A Clockwork Orange — but only Kubrick can explain why Ryan O’Neal was his ideal actor for Barry Lyndon (“I couldn’t think of anybody else, to tell you the truth. Obviously, Barry Lyndon has to be physically attractive. He couldn’t be played by Al Pacino or Jack Nicholson,” he advises). The same personal touch applies to recalling the importance of finding just the right shooting location for Full Metal Jacket, and noting about how Oscar-winning Spartacus cinematographer Russell Metty didn’t expect Kubrick to be so interested in shot composition.

Kubrick by Kubrick isn’t a step-by-step walkthrough, though, nor would that have ever eventuated from the interviews Kubrick gave Ciment — who penned the first major overview of his work in France, and also assembled their chats into the 1982 book Kubrick. While the documentary both stresses the acclaimed director’s meticulousness and reveals his willingness to allow improvisation (perhaps surprisingly to some), Kubrick’s control is constantly on display. In his answers to Ciment’s questions, he only ever reveals and explains what he chooses. His responses are precise and, while always informative, forthright too. “How could you make a movie if you don’t know anything about photography?” he opines, discussing his photojournalism background. His comments about ripping the pages out of art books to find the right visual palette for Barry Lyndon are similarly exacting.

As much of a treat as Kubrick’s musings on his own work prove — and as engaging as it is to hear his actual voice, in a move reminiscent of 2015’s Marlon Brando-focused documentary Listen to Me Marlon — that doesn’t quite give Kubrick by Kubrick director Gregory Monro enough material for a feature-length film. And, due to the focus on audio clips, it doesn’t give the Jerry Lewis: The Man Behind the Clown and James Stewart, Robert Mitchum: The Two Faces of America helmer any visuals to work with. Accordingly, he weaves in the expected assortment of snippets from Kubrick’s resume, as well periodically zooming in and out of a rendering of one of the key sets from 2001: A Space Odyssey. The latter comes filled with other recognizable props from the likes of The Shining, Dr. Strangelove and Eyes Wide Shut, should viewers need a visible reminder of each film’s impact. (That a single item from a movie can inspire a strong reaction provides a simple but effective testament to Kubrick’s legacy.)

The other tool Monro has at his disposal: archival interviews with a selection of famous faces that graced Kubrick’s frames. That’s how Eyes Wide Shut, which Kubrick finished just before he died in 1999, earns its biggest mention — with Tom Cruise chatting about his experiences with the director. Malcolm McDowell drops the tidbit about spontaneity while shooting A Clockwork Orange, Marisa Berenson mentions sitting around all day just being lit thanks to Barry Lyndon’s use of candlelight, and R. Lee Ermey expands about Full Metal Jacket’s war-time realism. These aren’t glossy promotional soundbites, however, but honest reflections. And, combined with Kubrick’s own words, they paint a picture of how one of the 20th century’s most lauded directors worked. That’s what anyone watching Kubrick by Kubrick is hoping for — and, while no documentary will ever feature Kubrick talking about his movies in the kind of minute detail that’ll please obsessives, this engaging film serves up the next best thing and still hits the mark.