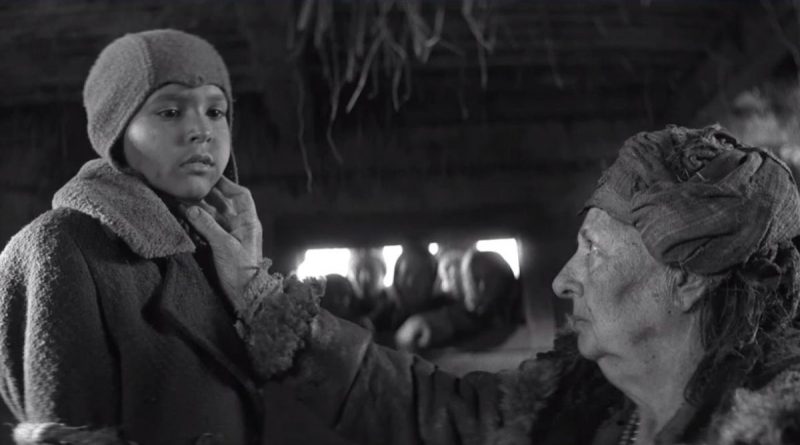 When Czech filmmaker Václav Marhoul took his third film The Painted Bird to the Venice Film Festival in 2019, for many it was surely a shoo-in for the Golden Lion that was ultimately awarded (with much fanfare) to Todd Phillips’ Joker. While the controversy surrounding Joker made international news, the comparative downplaying of the confrontational nature of The Painted Bird barely rated a mention in the mainstream, and yet make no mistake: Joker feels like Mary Poppins compared to Marhoul’s movie (and I say that as someone who liked Joker). Whatever may be said of the 2019 Venice jury, it’s fair to say that by opting for Joker they went for the more upbeat film that – by pure coincidence, I’m sure – would also make headlines around the world as the contemporary superhero film finally garnered supposed ‘arthouse’ cred.

Based on Jerzy Kosiński’s controversial 1965 novel of the same name, the film too traces the experiences of a young Jewish child as he travels from one grueling encounter to another in an Eastern Europe whose people and landscape has been ravaged by World War II. The first feature film to employ an Interslavic language so as not to indicate one particular national context, the story is broken down into clear, distinct chapters. Each is titled after a key character central to each vignette, and this concise, almost mathematical structure presents a dark, matter-of-fact clinical aspect to the horrors contained within.

The word “harrowing” is difficult to avoid when discussing The Painted Bird, with a graphic, instance of violence against animals in the first five minutes functioning as a thrown down gauntlet: this is where we begin, and it doesn’t get any less distressing from here. With more than one critic noting parallels both stylistically and philosphically with the work of Hungarian filmmaker Béla Tarr, while fair up to a point it would of course be erroneous to write it simply off as fanfic – Marhoul is a distinctive filmmaker, and The Painted Bird in particular is frequently a hideously torturous and unbearably distinctive film.

Tarr aside, the general critical point of comparison is naturally with Kosiński’s novel from which the film is adapted. But I confess I had a less literary reference in mind when I approached the film version of The Painted Bird; the 2016 album of the same name by American experimental composer John Zorn. That Zorn himself was inspired too by Kosiński seems a given, and music writer Michael Neumann’s description of Zorn’s album seems equally as applicable to Marhoul’s movie in terms of the dark, destructive forces that propel it as a cinematic world-building exercise. Of Zorn’s The Painted Bird, Neumann suggests the album culminates at “the point of impact where Jazz and Rock not only intersect, but totally obliterate each other in a matter/anti-matter annihilation of sound”. With this album in particular, Neumann speculates that Zorn sometimes “apparently just has to let all his demons off their collective tether, and crank up the volume”.

Like Zorn’s album, Marhoul’s The Painted Bird shares this distinct and unrelentingly dangerous sense that something wisely restrained has emphatically been let off the chain. It’s a difficult film; upsetting, cruel, vicious and absolutely harrowing. But it is also probably a masterpiece, and a vital reminder of the fundamental dignities upon which the entire concept of human rights exists.