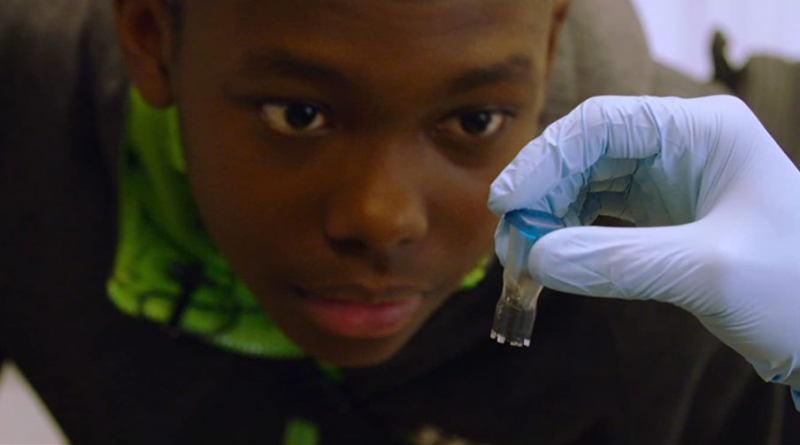 I don’t want to call Human Nature a science documentary because you’ll probably go running for the hills, already bored and starting to snore.

So let me describe it instead as a true story about amazing people who are turning science fiction into science fact, people who have figured out how to “change the fundamental chemical nature of who we are.”

Wish you were stronger or smarter or better looking? You can be. Want to ensure your baby won’t have the same genetic disease you suffer from? No problem.

CRISPR is a revolutionary technology that gives scientists the ability to edit DNA, and it’s the subject of this riveting documentary.

Because director Adam Bolt knows he has to hook his audience quickly, he starts the film with the touching story of David Sanchez, a young man with sickle cell anemia, whose life could be completely changed by manipulating the single DNA molecule believed to cause the devastating disease.

As one expert after another describes the process and the remarkable science behind it, their nerdy enthusiasm is surprisingly infectious. It’s impossible not to geek out with them as they get excited about the potential of CRISPR to cure illnesses, and they explain everything so clearly – and with such easy-to-understand analogies – that you’ll wish science teachers everywhere would take a lesson from them.

The movie gets even more interesting as it heads into controversial territory because, as we learned from the creation of the internet, any technology that can be used for good can also be used for evil.

When Vladimir Putin talks about the possibility of using CRISPR to create soldiers “who can fight without fear or pain,” it’s the stuff of nightmares. One scientist confesses she had a dream about Hitler while working on CRISPR, making her – and us – worry about the idea of eugenics.

We’re brought in time to Aldous Huxley, who wrote Brave New World back in 1932 and predicted a time when human beings are created for specific roles in society.

“CRISPR makes that feasible,” admits the director of Harvard Medical School, who warns that there are so many ethical issues involved with genetic engineering. But, as we’re reminded by a bioethicist, CRISPR is simply a tool. How it’s used is ultimately up to the user.

That’s why, at the end of this must-see documentary, we can only agree with the scientist who says, “I hope we mature as a species before we get this incredible technology to play with to our own detriment.”