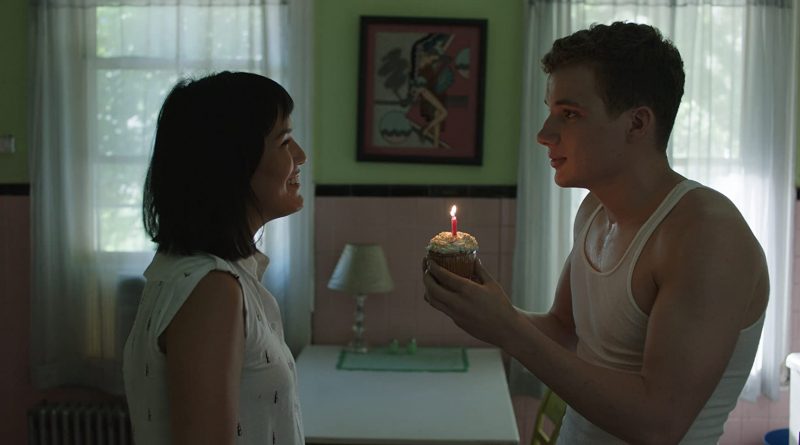 As Bogey said to Bergman, once upon a time in Casablanca, “I’m no good at being noble, but it doesn’t take much to see that the problems of three little people don’t amount to a hill of beans in this crazy world.”

Add a few more people to the total and the assessment applies — all too well — to Almost Love.

The title could be Almost Oblivious, given the general cluelessness of the characters populating writer-director Mike Doyle’s ensemble comedy-drama.

Almost all of them spend inordinate amounts of time pondering how dissatisfied they are with their seemingly satisfactory lives.

The movie centers on Adam (Scott Evans) and Marklin (Augustus Prew), who are marking five years together — and wondering whether they’re destined for permanent couplehood. (Hence the movie’s previous title, Sell By.)

Adam’s a frustrated artist, a sort of “ghost painter” who creates canvases that sell for six figures once his famous employer signs them. Marklin’s doing much better, thanks to his status as an online men’s fashion influencer. (People even stop him in the street and ask for selfies.)

Their circle of friends includes witty Elizabeth (Kate Walsh), whose long-term relationship seems well settled — until it isn’t. Ditzy Haley (Zoe Chao) has a crush on the high school senior she’s tutoring. And Cammy (Michelle Buteau), a battle-scarred dating-scene veteran, is so desperate that she — horrors! — deigns to date a homeless guy (Colin Donnell), rescuing him from the shelter where he currently resides. (“But you have such nice shoes,” Cammy observes.)

Fortunately, all these performers (and a few more — notably Patricia Clarkson, a deadpan delight as Adam’s supercilious employer) display a zippy way with a quip. They also imbue their superficial roles with crucial depth that’s largely missing from Doyle’s script.

Speaking of Doyle, the director’s easy pace can’t quite disguise his inability to intertwine his disparate plot threads — and characters. He also captures some beguiling Manhattan vistas, some stolen from (OK, “inspired by”) Woody Allen’s 1979 classic Manhattan.

Alas, not even Woody makes movies like Manhattan anymore. We’ve seen Manhattan. We know Manhattan. And we know that Almost Love isn’t even almost close.