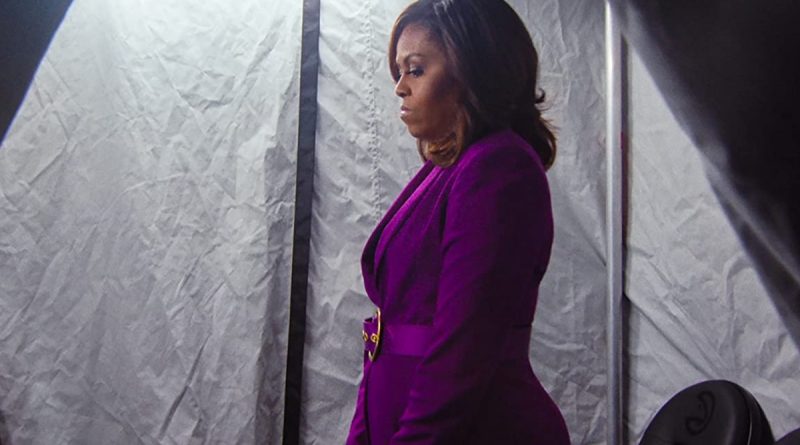 If you were thinking of running Becoming in the background while, say, you embroider or discover a planet, forget it. From the first frame, the protagonist, Michelle Obama, demands intelligent attention, and she rewards that focus. Her voice, her concern, her humor — these are all present as gifts.

Becoming, the name of the documentary now streaming on Netflix, is also the name of Obama’s memoir. The doc is specifically about the tour for the book, but, of necessity, the film engages Michelle Obama’s life, including her brother, Craig, a basketball coach and a tease. He says, forthrightly and fraternally, that no one should have to be brother to the most popular person in the world. No one.

Obama appears before cheering, thrilled, and crying audiences, as happy to see her as if she were a rock star. She answers the questions of interviewers from Oprah Winfrey, an early supporter of Barack Obama for President, and Stephen Colbert of Late Night at the boffo close of the tour.

More significant, and more moving, Obama answers young people where she is in her element — as a lawyer, as a mother, as a First Lady, as a counselor. One girl asks her, “What can I do not to be a statistic, just another student with straight As and volunteer hours?” Obama had listened well to this young woman’s narrative of caring for her little brothers. “Tell your story,” she advises after deliberation. “That’s what will always keep you from being merely a number. That story is yours. Tell it.”

That Becoming is a so-called “authorized project” from the Obamas’ Higher Ground production company does not dilute its significance or its intimacy as director Nadia Hallgren follows Obama on tour, slips in vintage newsreels, and interviews Obama’s daughters. Michelle Obama’s husband also appears on camera — with a smile.

Becoming is educational, encouraging — and becoming in every sense of the word.