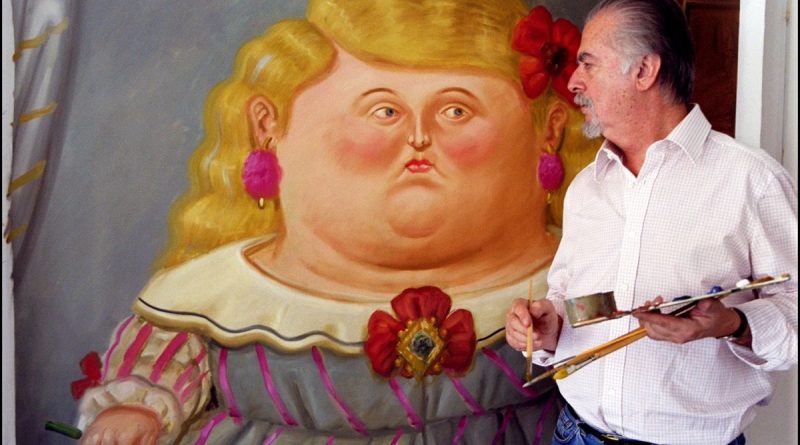 Botero – or, more appropriately, BOTERO, in homage to the artist’s scale – is a love letter to Fernando Botero, referred to by many as “the guy who paints fat ladies.”

Although he admits that’s true, he also paints (and sculpts) fat men, fat children, fat animals and fat animate objects. His bold, larger-than-life style is immediately recognizable and has given him the distinction of being the living artist with the most museum exhibits, the most books published about him, the greatest international appeal and the largest number of people visiting his exhibits.

There’s something special about getting to actually view art with the artist himself, and director Don Millar lets Botero tell lots of his own stories. Listening to him reminisce with his adult kids about the sale of his first watercolor painting for two pesos when he was young and about the life-changing moment when he discovered the work of Piero del Francesca is exhilarating and a real door into his soul.

We get to understand his process and his thinking but, most of all, we get to see his big, beautiful work. And there is an astounding amount of it.

Seeing so much of it at once really makes you appreciate the way he uses volume and color, as well as the humor and underlying messages in so many of his pieces. There’s powerful political commentary in his work, and it’s moving to learn more about the two Birds of Peace statues in his hometown of Medellin, Colombia, identical except for the hole in the middle of one of them, which was bombed out by terrorists.

What comes across so strongly in this documentary is Botero’s passion for exploring, discovering and creating. His attitude is so infectious and so apparent in his work, it’s no wonder he is beloved by the public – if not the art community.

Botero brushes off the criticism of his art as populist, allowing one sole dissenting voice, art critic Rosalind Krauss, who compares him to the Pillsbury Dough Boy and pronounces, “I think his work is terrible.”

In the context of this documentary, she just comes off as a high-brow snob. Although it would be interesting to explore both sides of the Botero debate, this doesn’t seem to be the place for that.

Instead, we happily join the artist’s family in celebrating a man who is all about fullness and generosity and whose work is, literally, monumental.