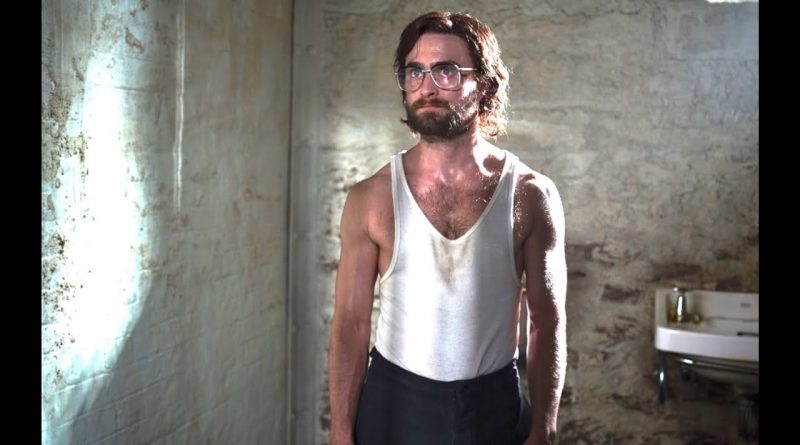 Exploring a real-life tale ripped from a topical chapter of history, Escape from Pretoria manages to be both formulaic and gripping at once. That may sound like an incongruous combination, but in this prison-break thriller, it nonetheless works. Even without any prior knowledge of South African political prisoners Tim Jenkin and Stephen Lee, their anti-apartheid fight as part of the African National Congress or the former’s memoir (which this film is based on), audiences know what to expect thanks to the movie’s genre. Dramas about escaping incarceration are hardly rare, after all. But, while ticking all of the anticipated boxes and leaning on many a familiar trope, filmmaker Francis Annan (Woyzeck) and his co-screenwriter L.H. Adams find a rich vein of tension in the minutiae of Jenkin and Lee’s runaway plight — and of their determined, resourceful and impressively clever efforts to extricate themselves from Pretoria Central Prison in 1979.

After their arrest for distributing activist materials via leaflet bombs, Jenkin (Daniel Radcliffe) and Lee (Daniel Webber) are sentenced to 12 and eight years respectively, terms they’re not willing to sit out. They’re warned by ANC veteran Denis Goldberg (Ian Hart), who was tried alongside Nelson Mandela and Walter Sisulu, to bide their time; however with encouragement from eager escapee Leonard Fontaine (Mark Leonard Winter, playing a fictional character), they start plotting. Then, when Jenkin has an ingenious brainwave — realising that they can craft keys for the facility’s old locks from wood from the prison workshop — their plan gathers momentum.

At every moment, Escape from Pretoria follows a straightforward track and serves up recognisable details. In the Australian-shot film, adjusting to prison life is hardly easy, the guards are overbearing — “you are the white Mandela,” one tells Jenkin — and a clear hierarchy exists inside. Annan’s skill as a director, however, is to use these routine prison-movie inclusions as a foundation, then build his suspenseful jailbreak action on top. Viewers see the usual altercations and the standard drudgery of incarceration, because they’re an unavoidable part of the story. They’re told of Jenkin, Lee and Fontaine’s yearning to be free, another obvious but genuine element. It’s by-the-numbers material, but Escape from Pretoria needs this information to anchor its narrative, and to give weight to the trio of would-be abscondees’ choices. And while the blow-by-blow of preparing and endeavouring to escape fits a clear template, too, the feature gives it the time and focus needed to ratchet up the intensity.

Tension begets more tension here, whether watching Jenkin problem-solve, narrowly avoid being caught smuggling timber pieces to his cell or seeing him flail with an inventive contraption that — if it works — would enable him to unlock his cell door from the outside. Annan, cinematographer Geoffrey Hall (Australia Day) and editor Nick Fenton (True History of the Kelly Gang) infuse a sense of strain into even the most cartoonish of bumps along the characters’ path, with ample close-ups and nervy pacing assisting considerably, contributing to a general mood of anxiety and claustrophobia. All that loitering on the nitty gritty of the escape is pivotal in another way, also; on the political front, Escape from Pretoria doesn’t even feign at plumbing many depths, particularly prefering dramatised details over facts. This thriller doesn’t want to be a dutiful, thoughtful recreation, so it instead commits to ramping up stress levels in as slick, efficient and effective a way as possible, a task it achieves.

Well into the post-Harry Potter phase of his career, Radcliffe keeps making interesting choices, as everything from Swiss Army Man to TV’s Miracle Workers shows. His least offbeat role since 2017’s also Australian-shot Jungle, Escape from Pretoria isn’t a character piece — depth is absent there as well — and it doesn’t test his acting mettle, but the ex-Boy-Who-Lived still leaves an imprint. There’s pluck to his portrayal of Jenkin that always shines through beneath his era-appropriate wig. Australians Webber (Danger Close: The Battle of Long Tan) and Winter (Measure for Measure) also hit the required notes as Radcliffe’s fellow co-conspirators and, like their famous co-star, they’re suitably solid. That’s Escape from Pretoria from start to finish, too, with the film rarely providing any surprises but remaining taut, well-executed, involving and engaging anyway.