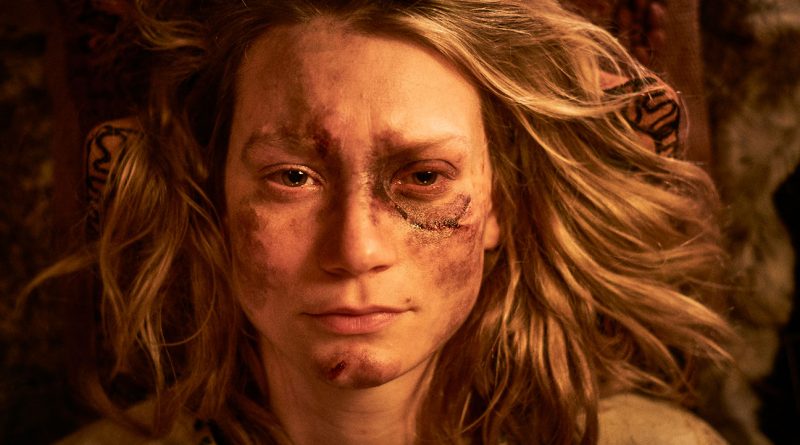 The synthesized version of period music played over the opening scene sets the tone for a film that is dark and twisted in ways you will never see coming. Utilizing the theatrical hysteria and absurdity of the time period, the script dives deeper into fear and mythology and superbly plays with the superstitions about life and death.

The dialogue is whip-smart. Damon Herriman as Punch is a masterclass in self-destructive behavior. Fully embracing his namesake he is absolutely terrifying in his ambition and abuse. Benedict Hardie as Derrick is hilarious with his Freudian dialogue and his earnest interest in justice. The Heretics Camp is filled with incredibly nuanced characters that flesh out this awe-inspiring revenge fairytale.

Mia Wasikowska as Judy is captivating. Her desperation to protect her daughter, her reputation, and to reign in her husband are written all over her face. The emotional rise to power is simply stunning. This is a truly noteworthy performance.

The puppet artistry and sly visuals displayed in this film are both elegant and profound. They beautifully illustrate the plot at any given moment. Period sets and costumes are lovely to behold. The cinematography is lush and the score will shudder your soul. The plot is fraught with anxiety. Judy & Punch shines in its all-consuming darkness.