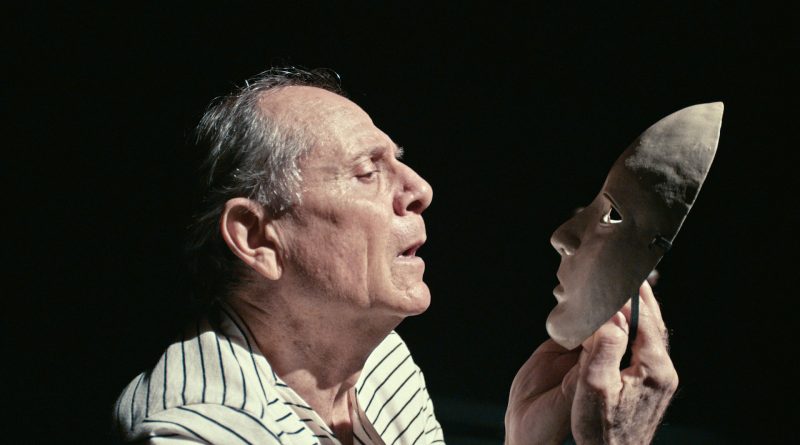 “If theatre is not surprising, it’s not interesting,” Moni Yakim explains in the documentary that bears his name, with Creating a Character: The Moni Yakim Legacy chronicling the famed Julliard movement teacher’s career and impact. It’s a statement that doesn’t completely apply to this celebratory film itself, however. Much about Rauzar Alexander’s equally insightful and adoring tribute fits the typical biographical documentary mould — the archival footage, the celebrity testimonials, the behind-the-scenes glimpses, and the candid chats with both Yakim and his wife Mina, a fellow performer and Julliard instructor — but the end product constantly surprises because its subject always does.

Afforded the kind of spotlight that acting teachers rarely receive, as his ex-student Kevin Kline notes, Yakim is a source of both wisdom and intrigue in Creating a Character. His influence on his pupils — who also include Laura Linney, Jessica Chastain, Oscar Isaac and Anthony Mackie, all interviewees featured on-screen — is easy to see, but rarely has his life taken the expected path. He’s the only founding member of Jilliard’s drama department that remains on staff, so one key element of his existence has remained unchanged for more than five decades. But for the ex-Israeli soldier-turned-mime who studied under Etienne Decroux and Marcel Marceau, then caught Stella Adler’s eye and followed her imploring to move to America, there’s no such thing as standard. “I am bored with the best that you can do,” he tells his students, always pushing them further in the same way that he has always pushed his own boundaries.

Accordingly, even as Alexander’s film compiles the usual details in a familiar manner, it tells a tale that never fails to astonish. Several chapters of Yakim’s life — his early years in Israel and his military service, his introduction to acting and his devotion to mime, and his initial experiences after immigrating to the US — could furnish separate documentaries, in fact. Never slavishly sticking to a linear timeline, Creating a Character interweaves Yakim’s story with his Jilliard classes, perceptively allowing audiences to see the minutiae that made the man and the way that translates to his philosophy on movement and acting, as conveyed to his eager and enthusiastic pupils.

In segments directed by Honey Boy’s Alma Har’el, Creating a Character adds another element to the mix, with Yakim demonstrating his mime work now. It’s a bold choice, but not because Yakim’s talent has waned or his teaching is more important — neither of which are true — but because it lets the film’s focal point truly reveal himself in a manner that can’t be matched elsewhere. Viewers feel the weight, depth and impact of these sequences, and of Yakim’s performances, especially when contextualised against his instructions to his classes. Whether he’s telling keen-eyed aspiring actors to recite roles in gibberish or to eschew words altogether, or doing the same himself, physical expression is always paramount.

Nothing about Yakim adheres to a simple script, as Creating a Character demonstrates again and again. Indeed, adhering to a simple script would be the last piece of advice he’d give to anyone asking. But the film that relays his tale also heads in an unexpected direction by choosing to share the spotlight. While undoubtedly an ode to Yakim, Alexander’s documentary spends almost as much time focusing on Alex Sharp, a pupil from Julliard’s 2014 graduating class. With the movie tracking the group’s progress across their four-year course, he’s an accessible figure. He’s also recognisable, courtesy of his Tony-winning performance in Broadway’s The Curious Incident of the Dog in the Night-Time, plus his on-screen roles in To The Bone, How to Talk to Girls at Parties and The Hustle. And, thanks to winning American theatre’s most coveted prize just a year after finishing his studies, his story is an aspiring actor’s dream — and an acting teacher’s dream for their pupil as well. That isn’t surprising, of course, but it’s unshakably powerful.