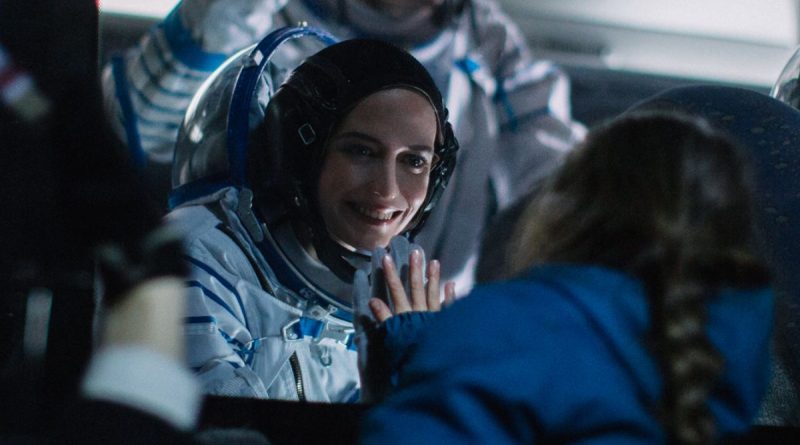 Send Eva Green to space, even just in a film, and the French star would undoubtedly handle it with aplomb. Across a career that includes three seasons of Penny Dreadful, pandemic drama Perfect Sense and her memorable debut in The Dreamers, she has excelled at playing women who weather difficult situations with fortitude yet never relinquish their vulnerability.

Writer/director Alice Winocour doesn’t just rocket Green to the heavens, then watch on, however. Instead, she does something vastly more fascinating and important — and distinctive. As Proxima’s protagonist, Green’s determined and talented Sarah Loreau has spent her whole life dreaming of, studying for and preparing to leave the earth. Accordingly, Winocour’s third feature as a filmmaker follows the time between the character’s discovery that her biggest wish will finally come true and the launch of the mission that’ll hurtle her far, far away from home.

That makes Proxima a process-driven film, guided by the intricate steps necessary to ready Sarah and her fellow astronauts for their out-of-this-world task. In order to join the Proxima Mission, which’ll take the European Space Agency employee to the International Space Station for a year as it readies a probe for Mars, she must decamp to Star City outside of Moscow for intensive preparation. Then, in the last step before journeying to the place where no one can hear you scream, she must isolate with her team — aka Mike Shannon (Matt Dillon) and Anton Ochievski (Aleksey Fateev) — at the launch site in Kazakhstan. Doing all of the above means seeing a lifetime of hard work come to fruition, but it also requires Sarah to leave her primary school-aged daughter Stella (Zélie Boulant-Lemesle) with her astrophysicist ex-partner Thomas (Lars Eidinger), a constraint that is far from easy for anyone involved.

Winocour may shape Proxima’s narrative around each stage of Sarah’s pre-mission groundwork — the latter word applying in more ways than one — but this is an emotion-driven film, too. Indeed, focusing on a mother who must leave her child on earth in order to chase the thing she’s always wanted, this could never be a clinical, unfeeling movie. (The fact that such a mindset is expected of Sarah, which she also rallies against, is a nice piece of symmetry between the film as a whole and its central figure.) Sarah’s struggle to juggle her work with parenthood is keenly felt at every moment, as is Stella’s reaction. The former’s worries about Thomas, who’s hardly a hands-on dad, are also evident. So too is the impact of Mike’s seeming judgement of her choices, and the stark reality that this is hardly commonplace in their workplace. The latter is similarly apparent via Sandra Hüller, who plays a psychologist trying to help Sarah and Stella to navigate these unique circumstances — a source of assistance, undoubtedly, but one emblematic of the structured way in which Sarah is asked by her employers to deal with this complex scenario.

Cue Sarah’s distraction when, as her place on the team is first announced and celebrated, she’s dotingly watching the lonesome Stella standing on the edges of the party instead of wholly soaking in her moment of glory. Cue the condescension with which she’s treated by her colleagues because of her gender and physique, and the reaction when Stella comes to visit the prosaic compound in Moscow. A scene mid-film, where mother and daughter embrace in a swimming pool — stealing what little time they can during Stella’s trip, but with Sarah aware that she’s running late for her next meeting, and that she’ll be reprimanded as a result — is the epitome of heartbreak. Another, where Stella runs off because she’s frustrated with being near her mother but not really being able to spend any proper and meaningful time with her, is just as affecting and revealing.

Work-life balance for parents, and the ebbs and flows of maternal ties specifically, aren’t a new topic — in general or in cinema. But films primarily about female astronauts, rather than just embedding a woman as part of a larger team, are still noticeably rare. So are movies that examine the professional and personal minutiae complicating a woman and mother’s trip beyond the earth. Collaborating on her screenplay with Jean-Stéphane Bron, as she did on her previous release, Disorder, Winocour embraces that atypical status. There’s never any doubt that this feature is bound to its gender perspective, that it wears that viewpoint as a badge of honour, that it knows how uncommon it is, and that the same story could not be told in the same way with a male protagonist. The closest the space genre has come previously is First Man, although musing on a man’s grief over a child isn’t the same as exploring the emotional fallout of rocketing off and leaving behind a child. And while Proxima premiered at the 2019 Toronto International Film Festival alongside Natalie Portman-starring astronaut drama Lucy in the Sky, the two movies couldn’t be further apart in their tone, narratives, characters, themes and overall exploration of women venturing into the world above.

As shot on location at the European Space Agency in Cologne, then Star City, then Baikonur Cosmodrome in Kazakhstan, Proxima revels in the details. That applies to Sarah’s work and to Sarah as a person, with Georges Lechaptois’ cinematography lingering as much on the film’s space agency surroundings as on the woman at the feature’s centre. It’s the savvy, skillful and soulful combination of both, though, that makes this a cinematic standout, as illustrated in Proxima’s stance and approach, its narrative and emotional journey, and its probing yet moving visual language. As assisted by Green’s pitch-perfect, near career-best performance (alongside Penny Dreadful), every time this bold, beguiling and heartwrenching movie peers at the hard-working, ambitious, yet also tender and torn Sarah, it sees an astronaut, a woman and a mother in tandem.