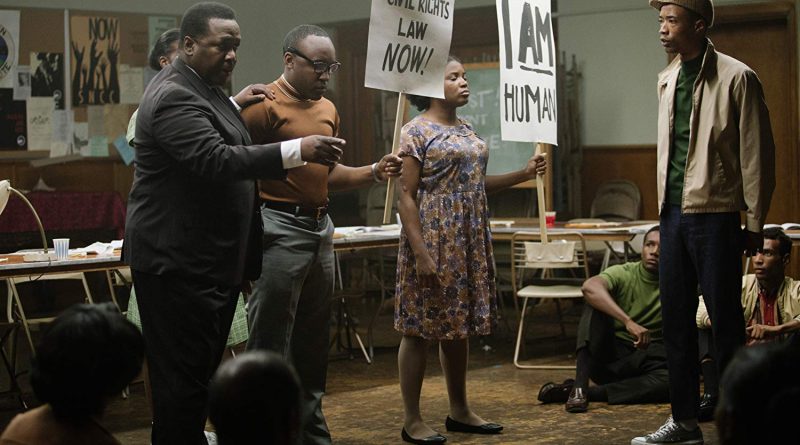 Ava DuVernay’s Selma is ever so relevant given the current social climate. Because Duvernay doesn’t take the standard approach of delving into the life of Dr. Martin Luther King Jr., but instead focuses on his fight for voting equality in Selma, Alabama. From the beginning of the film, we are quickly thrust into the dangers of being Black in the South with the gruesome death of four young girls in the 16th Street Baptist Church bombing. DuVernay never shies away from the alarming parallels of being Black, and the inherent dangers in the fight for equality. Instead, she fully embraces these terrifying moments to honor the spirit of those whose struggle, and sometimes death, became a catalyst for change.

David Oyelowo gives an award-worthy performance as Dr. Martin Luther King Jr. and brings a sense of calmness to the prominent civil rights activist. Whether it be from the first moment we see him receiving the Nobel Peace prize in 1964, to his “Give Us the Vote speech,” which instilled conviction in me due to its striking relevance with regards to today’s climate.

The most fascinating moments of Selma are when King is meeting with his colleagues to discuss strategies for protesting and their discussions concerning the media’s presence. It is interesting to witness their media strategizing as a way to convince the world that racism is still alive and well. With the current BLM protests happening around the world, it is a moment that sticks with me to this day, when many are questioning the effectiveness of these demonstrations.

Selma is still relevant today because the fight for equality still rages on. With new catalysts for change such as the murders of George Floyd, Breonna Taylor, and Tony McDade, Selma remains more important than ever.