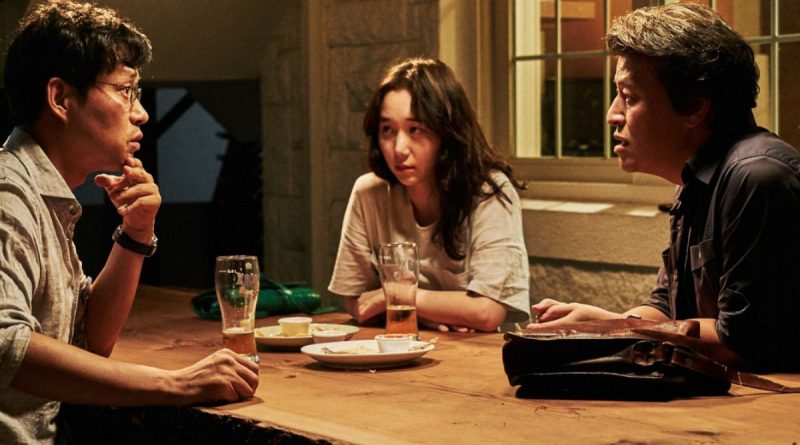 Yourself and Yours playfully explores profound ideas about love

In Yourself and Yours, South Korean writer/director Sang-soo Hong explores a playful and yet profound idea. Annoyed with her boyfriend Youngsoo’s smothering, controlling behavior, Minjung disputes Youngsoo’s friend’s story that she was excessively drinking at a bar. Thus begins a series of encounters between Minjung and Youngsoo as well as other men who assert they recognize her.

This doppelganger repeatedly denies her identify as Minjung, though, in one instance, she does admit to lying and, in fact, to having a twin sister. No further narrative exploration confirms or refutes the accuracy of this assertion nor does the real Minjung emerge from the shadows. Rather, anchored in Minjung and Youngsoo’s conflicts, events pursue the nature of healthy, constructive relationships. Several characters enjoy epiphanies about love and respect, explicitly, in one instance, asserting that “only love is worth anything. The rest is all formality.”

To truly embrace this insight, Youngsoo, more than Minjung, must learn the value of ignoring gossip and accepting another as they are. Hobbling about most of the film on crutches, his initially crippled emotional state is physically on display. Meantime, Minjung must reconsider her negative judgments, commenting in an early scene that men “fool around like kids or pounce like wolves. Why aren’t there any decent men? I’ve never seen a truly impressive man.” Minjung also needs to reassess her ideas and behavior in order to move forward as a worthy partner.

Stylistically, Hong prefers lengthy takes, observing interaction as a third person in the room or at a table would. Occasionally he zooms in for dramatic emphasis, though this looks fairly anachronistic by contemporary standards. Shot in Seoul, South Korea, the urban environment never intrudes. The music is appropriately upbeat, the performances convincing as these two young adults face universal difficulties involving male and female self-definition, independence, jealousy, insecurity, and exploration. Under an hour and a half running time, I found myself engaged and entertained watching these individuals explore and embrace important realizations that will serve them well and that offer vital reminders for all of us.

In Korean with English subtitles, Yourself and Yours streams on the Cinema Guild website.