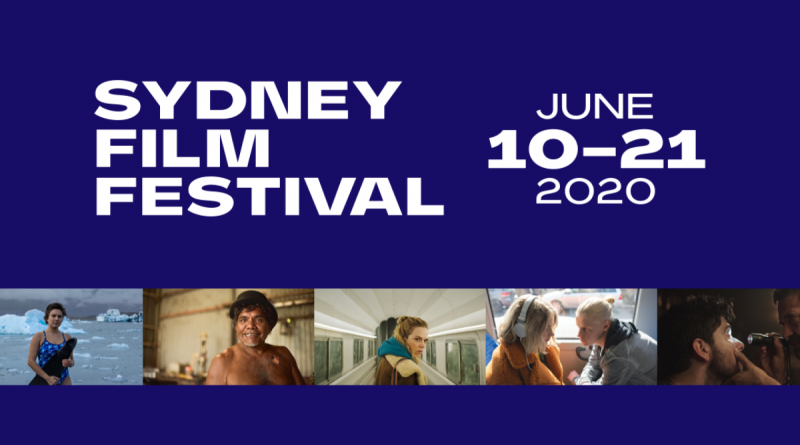 Despite the still comparatively low rate of COVID-19 spread in Australia at present, like many film festivals around the world the Sydney Film Festival has converted to a virtual edition for its 67th edition, running from 10-21 June 2020.

In shifting online, the SFF team has maintained the integrity of the special features that always make the festival experience so special, such as exclusive introductions and Q+A sessions which are now shifted online also, with tickets available for these online events from the festival website.

The SFF has also maintained its high-profile awards categories, such as the Documentary Australia Foundation Award for Best Australian Documentary and The Dendy Awards for Australian Short Films, both areas where women filmmakers have traditionally excelled.

Continuing their dedication to providing a platform for emerging talent and amplifying voices that often struggle to be heard, in collaboration with Screen NSW the Festival also sees its Screenability program continue this year, which the Festival describes as an “exciting platform for screen practitioners with disability”. Of the three shorts included this year are works from writer/artist Emily Dash and another by theater director Anthea Williams.

The Sydney Film Festival has also announced its participation in the We Are One: A Global Film Festival project which brings global cinema to audiences around the world, the SFF offering including Rachel Perkins’ powerful 2012 film Mabo about the life of one of the most important figures in Australian Aboriginal land rights, Meriam man Eddie Mabo.

Despite the practical difficulties film festivals have faced around the world in these challenging circumstances, the 2020 SFF can boast a program of 33 films, 16 of which are world premieres. While the caliber of Australian films on offer is high (such as Isabel Peppard and Josie Hess’s documentary Morgana), the foreign offerings are also representative of the quality of this year’s program.

A highlight here of course is, for the fifth year running, the successful continuing collaboration between the festival and European Film Promotion in the Europe! Voices of Women in Film program. Ten films from women across Europe are showcased with an emphasis not only on the national context of these filmmakers, but the kinds of movies they make.

Take, for example, My Little Sister from Switzerland which stars iconic German actor Nina Hoss. Adding to Hoss’s already impressive filmography – mostly known for her work with filmmaker Christian Petzold, but more recently starring in Katrin Gebbe’s extraordinary 2019 film Pelican Blood – My Little Sister was co-directed and co-written by Stéphanie Chuat and Véronique Reymond and is a sensitive family drama about adult twins and their shifting relationship when one of them is diagnosed with leukemia.

This stands in contrast with another highlight of the program in both tone, genre and content (but certainly not quality), Neasa Hardiman‘s Sea Fever. What on the surface is a thrilling, taut scifi film about a mysterious underwater sea creature and a mysterious contagion it spreads to humans doubles as a powerful and thoughtful tale of personal development, connection and sacrifice in a brilliant performance by Hermoine Corfield as the film’s central protagonist, Siobhan.

Another program highlight is the all-woman produced anthology feature Force of Habit from Finland which focuses on gender, identity and stereotypes in the context of women’s lived experience in the aftermath of the 2017 explosion of the #MeToo movement around the world.

The diverse program is rounded off nicely by a number of documentaries, including Marta Pulk’s A Year Full of Drama about life in the theater in Estonia, the Polish domestic violence documentary Lessons in Love by Małgorzata Goliszewska and Katarzyna Mateja, and by Dutch filmmaker Sandra Beernends’s They Call Me Babu which focuses on Indonesian nannies who worked for Europeans in what was once the Dutch East Indies.

As if that’s not enough, in collaboration with Australian broadcaster SBS and their SBS On Demand streaming service, the festival has curated a series of 40 festival favourites from recent years for Australians to watch at home from 10 June to 10 July, including Kelly Reichardt’s Certain Women, Lone Scherfig’s An Education, Debra Granik’s Leave No Trace, Deniz Gamze Ergüven’s Mustang, Erica Glynn’s She Who Must Be Loved, Agnieszka Holland’s Spoor, Alena Lodkina’s Strange Colours, Kim Farrant‘s Strangerland, Jackie Van Beek’s The Breaker Uppers, Crystal Moselle’s The Wolfpack, Maren Ade‘s Toni Erdmann, and Gregory Foulcher’s collaboration with Alice Foulcher, That’s Not Me.