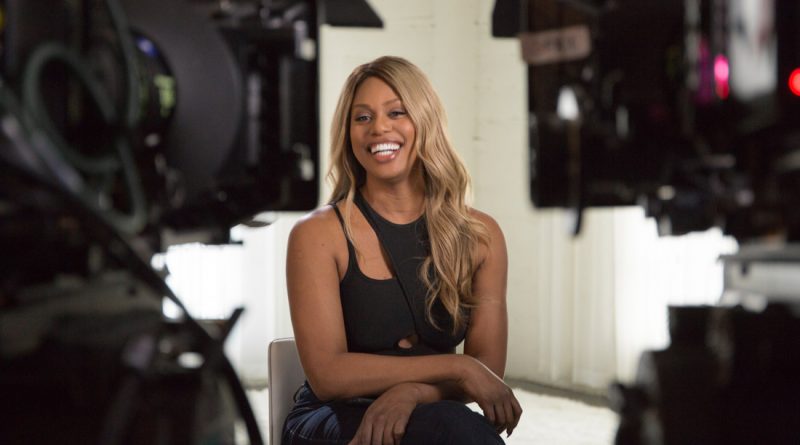 The Netflix documentary Disclosure is an unvarnished look at the historical arc of transgender depictions in film and television. It is a brutally aware snapshot of how Hollywood shapes popular opinion, and in doing so stokes the fires of gender and sexual orientation anxieties that can lead to real-time violence.

We are currently living in an active time of cultural change brought on by collective pain, upheaval, and pushback against oppressors. The film Disclosure, from executive producer Laverne Cox and director Sam Feder, is a timely look at how trans people are revealing to the asleep-at-the-wheel masses on how their own community has been vilified and brazenly used as a sight gag by Hollywood.

Feder and Cox bring in notable trans leaders such as Lilly Wachowski, Yance Ford, Jamie Clayton, and Chaz Bono, who divulge their thoughts and reactions over time to particular films and TV moments.

The gimmickry of depicting trans people to foster a narrative twist by using the cis characters’ overreactions in films is well documented in Disclosure. This abuse of creative storytelling has steadily built an across-the-board perception that has created hardships and suffering for anyone born into a gender not jibing with their brain.

There is a sobering effect here as violence —especially toward POC in the trans community—is a major problem to this day. The abusive and bigoted culture towards LGBTQ people is also fueled by the current administration.

In the cinematic portrayal of transgender people, the community has been served up as psychopathic killers (Psycho, Dressed to Kill, Silence of the Lambs) or presented as deceptive charlatans who were “pulling one over” on an unsuspecting cis-gendered suitor (The Crying Game, Ace Ventura: Pet Detective, Tootsie) and in the end, few if any of these trans characters presented a straightforward depiction of what life was like to be transitioned from one sex to the other.

Of note, About Ray with Dakota Fanning, Hilary Swank in Boys Don’t Cry and Jared Leto’s character Rayon in Dallas Buyer’s Club were standouts in a field where too many flawed roles and premises insulted the community.

But even the good examples had major oversights as noted in Disclosure. We learn how Boys Don’t Cry whitewashed true events that happened with the main character Brandon Teena, and how Black ballroom culture fostered the creative inspiration for cis performers like Madonna and elevated the entire collective over time.

The critical success of FX and Ryan Murphy’s Pose shows all audiences are hungry for stories that resonate true, regardless of the gender of the cast or their sexual orientation.

Television prior to Pose was also a hotbed of damning arcs and doomed characters written that never got past the trans character being presented as a goner from the get-go…whether cancer, rape or used as murder victim props.

This is where the experiences of Candis Cayne and her recollections of working on ABC’s Dirty Sexy Money are a fascinating retelling, as the elevated role she was given in the end was audio-manipulated in post-production to underscore her “otherness,” instead of letting the audience hear and see what was in front of them to follow along the story.

There were the authentic stories, aided by Orange Is the New Black, a meteoric hit series for Netflix with a diverse audience that also made a star of Disclosure‘s executive producer Laverne Cox.

The key word here is authentic, as Orange writers and producers counted on audiences being far smarter than what many filmmakers made them out to be. A savvy and talented storyteller knows that audiences can evolve in their viewpoints and learn to vibrate higher with deft filmmaking.

Disclosure features interviews with notable trans actors, personalities, performers, academics and journalists who reveal how they were informed, damaged and elevated by specific performances over time, and how they interpreted their world view and learned to love themselves… despite the preponderance of negative examples out there.

Of note, Disclosure shines with Cox’s own observations and analysis of popular culture icons such as Oprah and Katie Couric’s insensitive, salacious early forays of interviews with notable trans actresses.

Susan Stryker and filmmaker Yance Ford offer more in-depth and historical unwind of how trans portrayals have been around longer than we ever thought. Writer and actresses Sandra Caldwell and Jen Richards deliver profoundly direct recollections and insight. They also weave in the vexing racial elements of trans history, showing the culture’s grooming of emasculated Black men which was part of a more insidious overall effort to diminish Black men in general.

GLAAD’s Nick Adams also provides valuable context and notes how misunderstood and unknown the trans community is to the overall population.

Interspersed are poignant recollections and inspirational moments that gave the assembled interviewees some hope. Yentl with Barbra Streisand, Bugs Bunny and the subversive geniuses of Looney Tunes, Victor/Victoria, Transparent and the original Hairspray are some of the noted rays of sunshine.

Even Caitlyn Jenner’s E! series I Am Cait —despite the critical flaws of Jenner’s financial stability, and White privilege—is cited as a positive move in the right direction for the TV medium.

Disclosure presents as more a timeline and anecdotal recollection than a blueprint for concrete action. But it is an illuminating, educational watch and creates an empathetic response with the viewer who may have never noticed these varied aggressions towards trans people in popular culture.

And not just for the cis community. Even among feminists and gay men there are biases, pushbacks, and obstacles to transgender people. The rewriting of the 1969 Stonewall history and the recent JK Rowling news underscores that truth.

To that effect, this documentary does its job righting the wrongs well. Much like the modern day cell phone camera which has exposed police brutality to the White community, waking up those unaware of what was really happening in communities of color, Disclosure rips the curtains open and shines a spotlight and delivers a thoughtful but emotionally charged look at the not-so-subtle ways a community as a whole can be vilified and slandered just for an audience’s reaction.

Trans people are taking more control of their own stories, but the odds stacked against them are daunting. The more they are seen, the more they are violated. Disclosure is a worthy Netflix documentary that is thought provoking and emotionally resonant, and that could not have come at a better time to open the eyes of the hetero-normative white cis world.