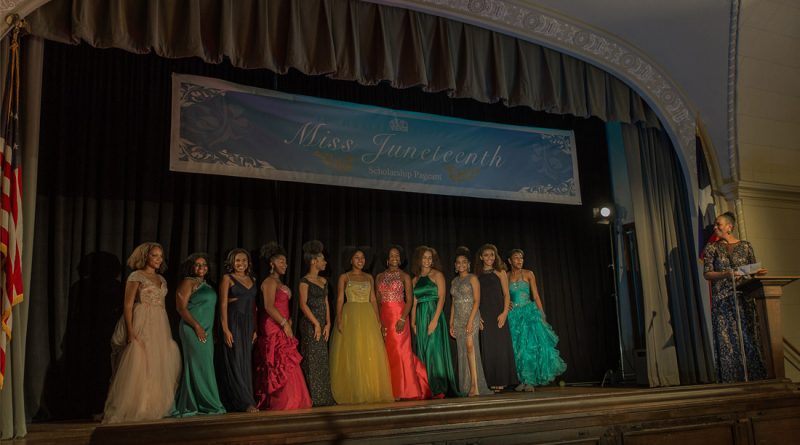 There are plenty of films about parents who want their offspring to fulfill the youthful dreams that they, for one reason or another, never fully achieved — whether it’s Steel Magnolias, Terms of Endearment, August: Osage County or Boyhood. The situation in Miss Juneteenth, however, drags in extra emotional baggage given that the characters live in an underserved Black community where most of the residents are just scrapping by in a worn-down Texas town of Fort Worth.

That is certainly true of Turquoise Jones (a terrific Nicole Beharie, who is the main reason to watch this somewhat predictable and slow-paced drama), who was crowned Miss Juneteenth in 2004 but never used her scholarship prize after giving birth to her daughter Kai (Alexis Chikaeze), who is about to turn 15. To the credit of director and writer Channing Godfrey Peoples, you can practically smell the BBQ pulled pork on the grill wafting into the rundown bar where Turquoise works as many shifts as she can.

She and husband Ronnie (Kendrick Sampson), who is also Kai’s less-than-reliable father, aren’t a good match for each other but they continue to have a relationship. Also, in the wings is a reliable if staid funeral director who pays Turquoise to do makeup on the corpses. Then there is her mother, a church-going lady, who has a drinking problem and prays that her daughter and grandchild somehow find religion as well. We meet this fascinating character but never truly feel her pain.

But Turquoise is bound and determined to see her beautiful daughter inherit the Miss Juneteenth title – named for the day when slaves were freed in 1865 in the Lone Star State. But Kai is much more into trying out for her high school dance squad than she is in wearing a ball gown and learning which fork at a place setting is for dessert. Of course, it all comes down to the pageant and you can basically guess how that might turn out. Yes, matters get a bit soap-operatic at times but Peoples injects just enough atmosphere on screen to make us feel for these folks and their travails.